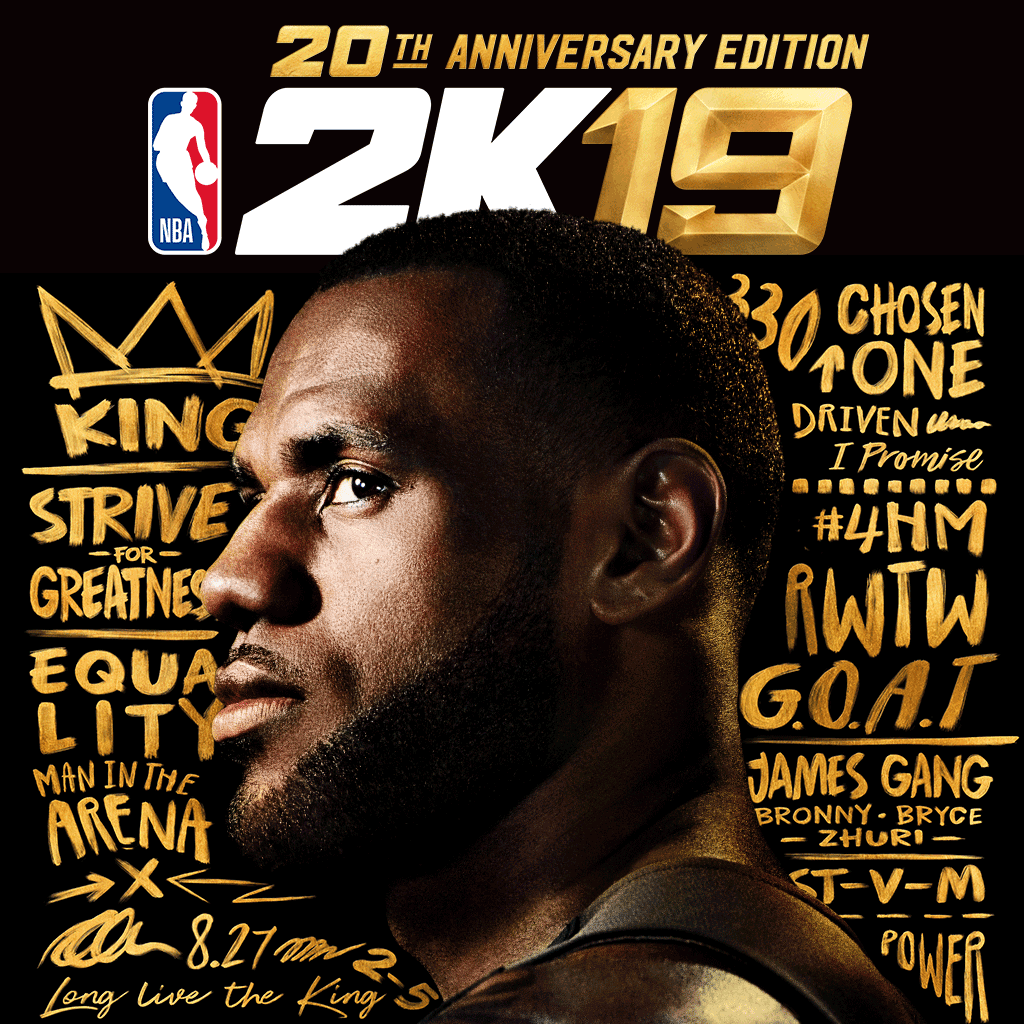 2k has announced that it will feature LeBron James as the cover of the upcoming NBA 2K19 20th Anniversary Edition. The cover, seen below, shows an artistic composition of words personally chosen by James himself. Each phrase contains special meaning to James, including “strive for Greatness,” “Driven”, and “Equality”.

Meanwhile the physical items include:

For those who purchased the NBA 2K19 20th Anniversary Edition will receive the game early and can download/play the game on September 7, 2018.