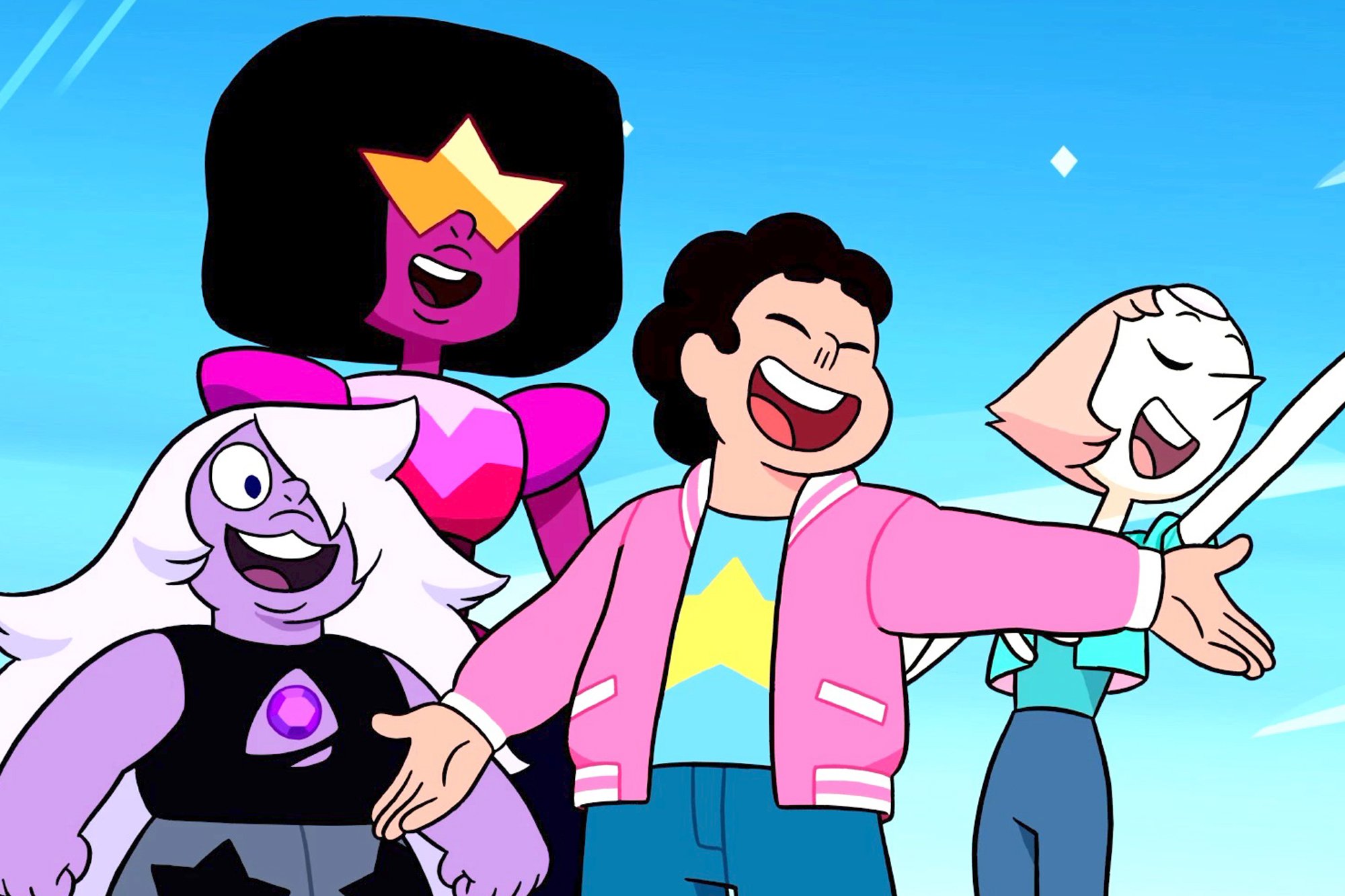 Cryptozoic is bringing us another card game but as a Kickstarter exclusive. Steven Universe: Beach-a-Palooza is a card drafting and tableau-building game where players take on the roles of different Stevens whose goal is to organize the most rocking concert ever. IF you are one of the first 200 backers you can get the game for $25 (shipping not included), and $30 if you don’t make the cut.

At this year’s Beach-a-Palooza, Steven has a surefire way to win: recruit more Stevens from the timeline and have them all front their own bands!

This is your chance to become a Steven and try to put together the best band and audience! But it’s not going to be easy: Party Crashers—Corrupted and Homeworld Gems—want to ruin your amazing performance. It’s Beach City’s event of the year and you’re on center stage. Play your cards right and your band might be the big winner!

What’s in the Box:

Each player starts with 1 Steven card to represent them, 10 energy, and a VP-tracking token gem. At the start of every act, players will be dealt 9 cards from the corresponding Act.

First is the Recruit phase. Each player will choose 3 cards from their hand, and pass the remaining cards to their left. 2 of the chosen cards must be placed in either the Stage, Audience or one in each, paying the required energy when needed. The third card will be placed in the Common area. Any unused cards will be discarded to the Act draw deck.

Next is the Attack phase. If a player has the right Characters on stage and enough energy, they can create a Fusion. Next players will attack the Party Crashers using their Stage character’s abilities. Players will get different bonuses depending on the spots they hit. If the player defeats the Party Crasher they may either gain 3 VP or a Card from the Common Area. If the Party Crasher survives, players suffer its negative effects. Players then replace the Party Crasher(if they were defeated), De-fuse any Fusions, remove all Energy and return all Characters to Stage.

This was just a brief rundown of the gameplay. If you would like to learn more about the game itself, Cryptozoic has provided the rulebook here.