Set in the very far future in the Lotus Galaxy Galactic Emperor Hoshi has died, and the peace she forged among the interstellar clans has collapsed. In the wake of this chaos, you, the leader of a powerful and influential clan, must bring honor to your people and claim the galactic throne.

Starship Samurai is an area control game by Plaid Hat Games fought across multiple locations in the galaxy. Players will assume the roles of leaders of their respective clans aiming to take control of these locations either through the might of their fleet or through gaining influence with the lesser clans.

Starship Samurai will come with 8 beautifully crafted and highly detailed samurai mech figures that form the core of your fleet. Each of these samurais offer unique abilities that will transform your strategy. 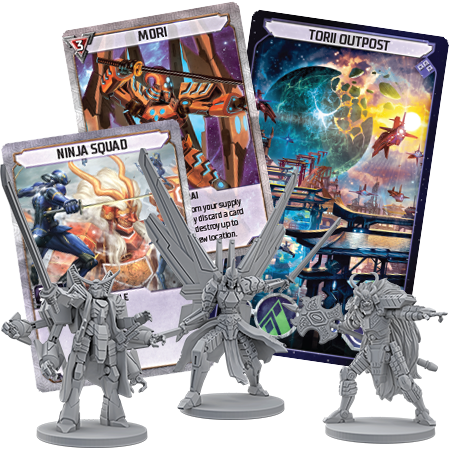 Taking advantage of these abilities will be crucial for victory. Wield these fearsome combatants to obliterate your enemy’s defenses and shift the tides of battle in your favor. In addition to these massive Samurai Mechs, each player will also control 8 detailed fighter miniatures and 1 carrier miniature in their Clan’s color.

You can know more about the Starship Samurai in this link. There’s no word if we’re getting the game locally yet.