I remembered that time when I used to love playing with my own Tamiya Mini 4 Wheel Drive cars when I was a kid. It was during the time when I didn’t have all these adult concerns (sigh) and well the Mini 4WDs have a special space in my heart. So seeing them get the highlight once again in The Brickyard is a nice callback to the less stressful/complicated days. 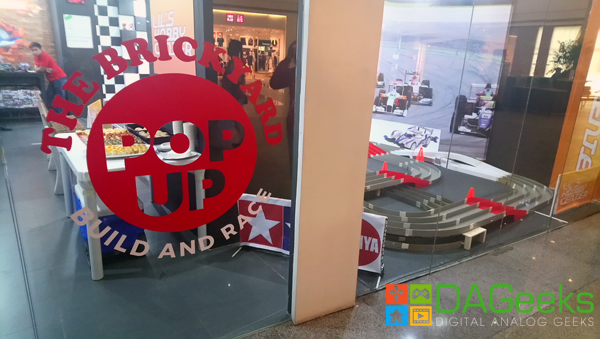 The Brickyard by Lil’s Hobby Center is located at the ground floor of Glorietta 5. This is a place where fans of the mini 4WDs can play, buy, and build their own Mini 4WDs.

In order to thank the community for their support through the years, we opened The Brickyard, a pop-up track where everyone can build and racet heir Mini 4WD Tamiya cars
according to Ferdie Kahn, owner of The Brickyard and partner at Lil’s Hobby Center.

During the press event, I was also given the opportunity to relive my childhood by getting my own Mini 4WD to play with. Racing against the other media and bloggers present. Sadly my car, which I called, The Italian Stallion (a Shadow Shark Italia Version car) wasn’t able to compete against the more fancier cars. D:

Anyway, The Brickyard will be at Glorietta 5 till around January 6, 2018 next year. Lil’s Hobby Center is also planning to bring the tracks to other locations after the holidays.