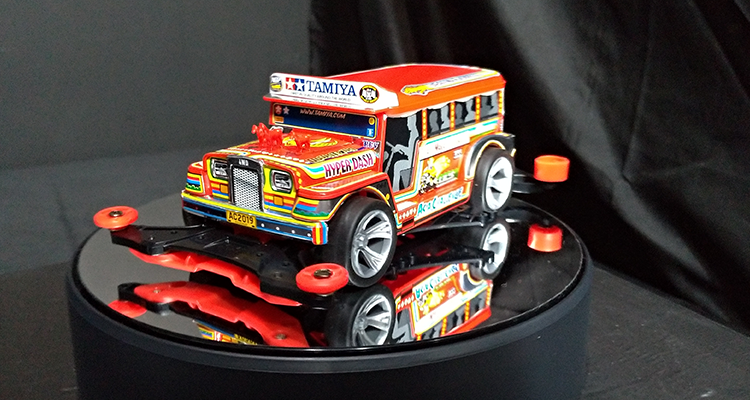 The Brickyard and Lil’s Hobby Center to Host Tamiya Asia Challenge, Release the Dyipne to Commemorate

The Brickyard and Lil’s Hobby Center has announced last weekend that the Philippines will be hosting the Tamiya Mini 4WD Asia Challenge this coming June 20-23.

The Tamiya Mini 4WD Asia Challenge will bring in an estimated amount of 250-300 competitors coming from countries such as Singapore, Hong Kong, Malaysia, Thailand, Korea etc. The champion of this competition will be heading to Japan on November to compete in the World Championships. Previously, the Tamiya Mini 4WD Asia Challenge was held at Changmai, Thailand. This is the first time that we will be hosting the tournament.

We are fortunate to be hosting this event for the first time in the Philippines and that is a testament to the popularity here in the Philippines.  We will essentially bring Mini 4WD back to the mainstream and I really want to showcase the Filipino racers.  This will give them a chance to shine in the world stage. It will also be attended by Mr. Tamiya, himself! We invite
everyone to come and experience the thrill of this competition,

They have also announced that the Philippine Jeepney will be getting it’s very own Mini 4WD counterpart starting this June 6, 2019. Called as the Dyipne, the limited edition Mini 4WD kit will be available this coming June 6, exclusive at The Brickyard, with a global release happening soon right after.

It is really exciting to finally have a kit that is truly and uniquely a Philippine cultural icon. It really goes to show that Tamiya recognizes the Philippines as one of its most important partners.

To know more about The upcoming Tamiya Mini 4WD Asia Challenge or about The Dyipne. you can head to the Brickyard fanpage.