Team Liyab, the official esports team of Globe and Mineski is out to secure the top spot and represent the Philippines in the League of Legends (LoL) Southeast Asia Tour (SEA Tour) Finals to be held next month in Vietnam.

The Liyab – League of Legends team is sitting comfortably and undefeated in the National Qualifiers in the League of Legends SEA Tour.  For the upcoming National Minor event, the team will be competing against 3 other local teams in a best-of-3, single elimination bracket for a right to represent the Philippines in the National Major against Singapore/Malaysia, Indonesia, and Thailand.

They have won in other major LoL events, including the Mogul Silver Slam – SEA Tournament held last February 23, 2019, in which they became champion and took home 80,000 php in cash.  The team dominated the group stages at the Philippine Pro Gaming League (PPGL), the country’s premier multi-game nationwide tournament. The team beat some of the best teams in the Philippines to secure a spot at the main event and a chance to win 400,000 php in cash prize. 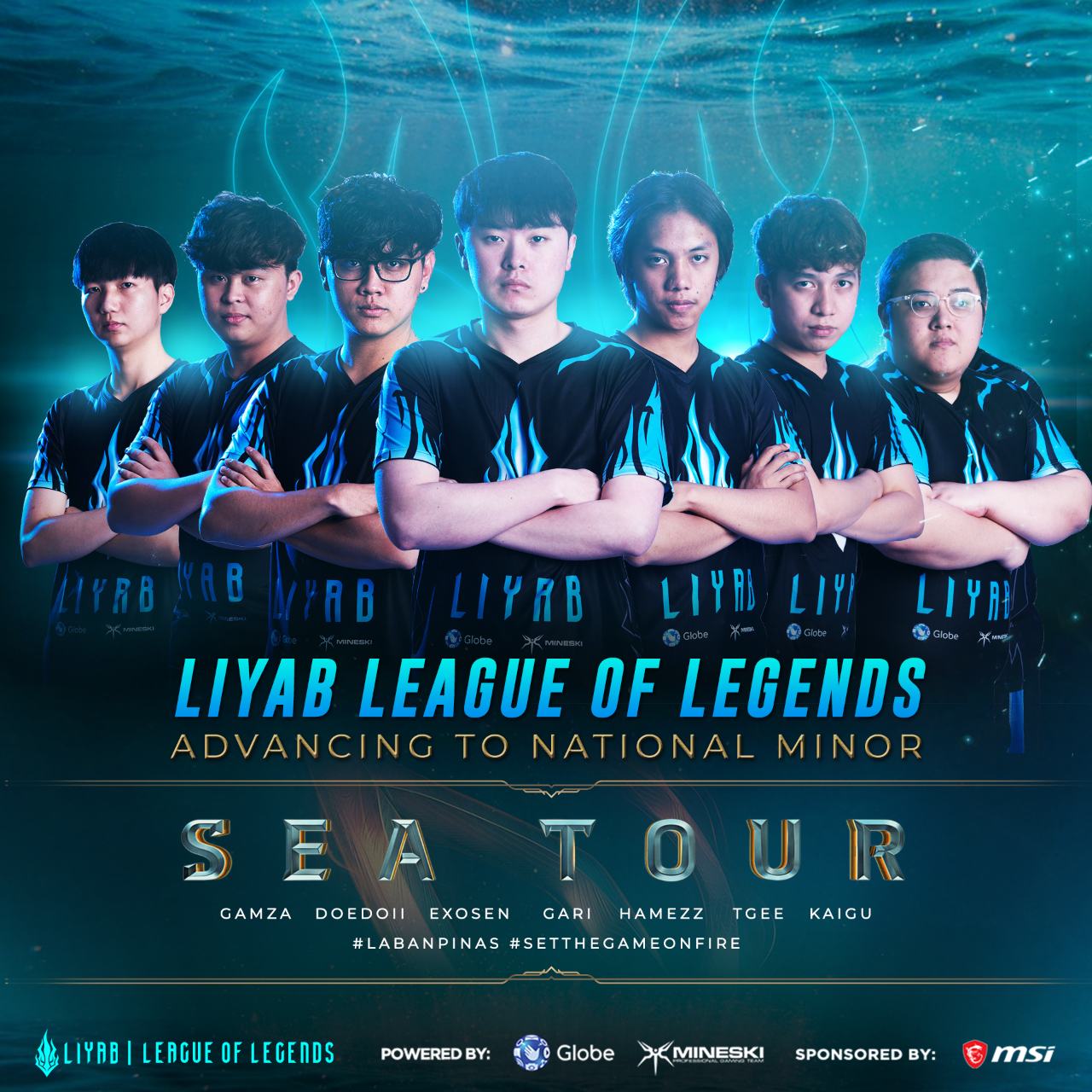 The successes of Liyab signify the Philippines’ rise as a major player in the world of global esports. Globe, through its Games and Esports Program, will continue to support the development of local esports in the country, with the objective of honing the skills of future national esports athletes.

Part of these efforts is the recent launch of the country’s first Esports Center (ESC) located at Play Nation in U.P. Town Center, Quezon City. With areas dedicated to PC, mobile, and console gaming as well as a live streaming studio, the ESC welcomes every type of gamer as it offers a world-class esports experience until March 24.