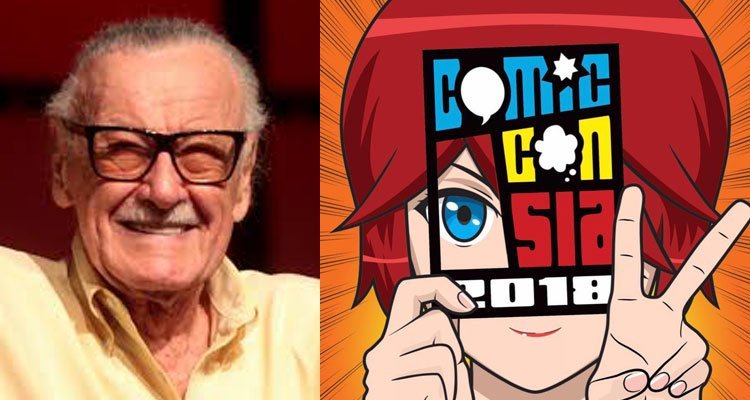 One of the bigger issues that cropped up in geekdom this morning is the report that the Man himself, Stan Lee is battling against Pneumonia and cancelling con appearances due to pneumonia (as per CBR.com). While CBR article did not specifically mention that Stan Lee is already cancelling his appearances, people are assuming that cancellation is going to happen since Stan Lee is already in his 90s (95 currently) and having pneumonia (aside from other health and financial issues he has recently faced) is pretty serious for someone of his age.

So the concern lies heavily with the upcoming ComicCon Asia 2018 (CCA) event which is promoting heavily his live appearance on the event. With the bundle prices hitting around the 15 thousands, attendees are concerned as to what will happen if Stan Lee decides to cancel.

I went ahead and asked for a statement from the ComicCon Asia fanpage and here’s what I got as an answer:

Hi Vincent, We are advising fans that the Marvel legend is still scheduled to fly in and make an appearance at our convention as planned. Our team has already been in touch and is closely coordinating with Stan Lee’s management team regarding this. Should there be any cause of concern, you can be assured that we will do our best to keep everyone posted and do whatever is necessary to address any unforeseen circumstances in case it arises. Thank you!

And then I asked regarding the possibility of early purchasers getting refunds, here’s what they have to say:

We want to assure you that in the event of guest cancellation, schedule changes or other unforeseen circumstances, ComicCon Asia will be issuing refunds from our end for those affected.

Here’s the image of the question for verification purposes:

With the convention drawing flak from the community months before the vent itself, this recent update on Stan Lee’s health situation may be yet another hit on their already infamous reputation in the local scene.

All eyes are going to be on CCA on this especially on how they will handle the situation. While the event itself is also bringing in other personalities to the event, the arrival of Stan Lee live here in the Philippines is the event’s tent pole attraction. Since even one of the local annual conventions was only able to have Stan Lee do a Skype interview (which was botched because of PH internet) to fans who were present during the event.

While I’m hoping that this won’t be another Haley Atwell fiasco, I  do hope that Stan Lee does get better, and if he can’t come because of health issues, well, it’s just going to be one of the things we have to accept as fans here in the Philippines.

I’ll be on top of this situation as it unfolds.