With it’s Close Beta Period officially kick starting the return of one of the oldest online FPS games in the country, Special Force Online is kicking things up a notch with the introduction of it’s kick-off tournaments happening this Saturday, December 3, 2016.

Titled as Resbak 5v5 Kick-Off Tournament. Special Force Online will be having simultaneous tournaments on four locations in the whole country. 16 teams from Manila, Marikina, Batangas and Cebu will face to face each other in a race to 5 series of matches to take home prizes for as high as 10,000 PHP. 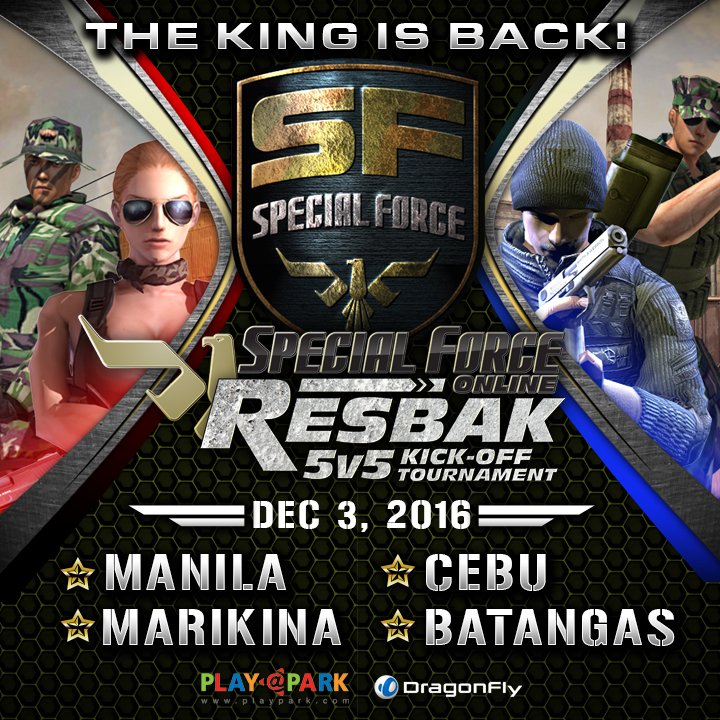 Here’s the rundown of the tournament areas where the matches will happen:

Here are further instructions for registering: