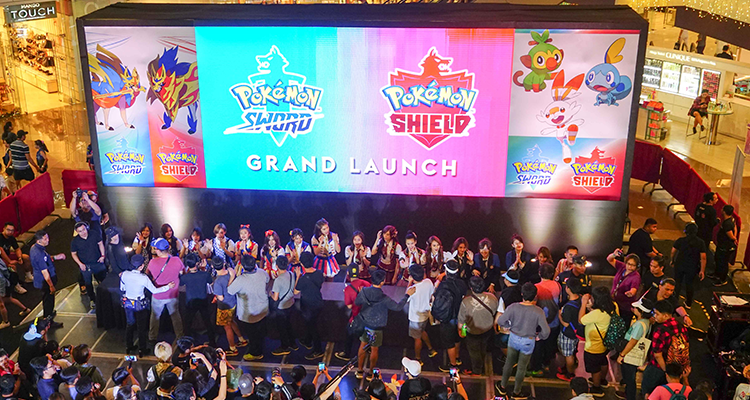 Some of you may know what happened during last Friday, November 15? That’s right! Pokemon Sword and Shield officially hit shelves, and simultaneously flying off them as well. To celebrate this momentous occasion, The Pokemon Company had a Launch Party Weekend from Friday until Sunday showcasing the game with famous streamers from Rumble Royale, and members from MNL48.

Take note I wasn’t able to attend the whole weekend so I’ll only be sharing what happened on Days 1 and 3. After picking up mine and Haoson‘s purchase from Podium, I headed straight for Robinsons Magnolia where the party was being held. As I walked in the main entrance I saw, what was quite a lot of people considering it was a Friday afternoon at the mall. You could see the stage clear as day with its LED wall showing videos of the game itself. A pop-up store on one corner selling, not just the game, but Nintendo Switches, Pokemon Trading Cards, and Toys. There were also 4 Nintendo Switches set up to demo the game to those who hadn’t gotten the game yet and were still on the fence about it. Attendees could also get a free tote bag should they catch a Pokemon in Pokemon Go during the time of the event itself, of which I got 2 (one for each day I was there).

The Pikachu and Eevee parades were a big hit and a definite must-see for those that attended the party. Not only did fans get to see them waddling to the beat of the whistle, but we were also treated to a dance number, and a meet and greet soon after it was finished. 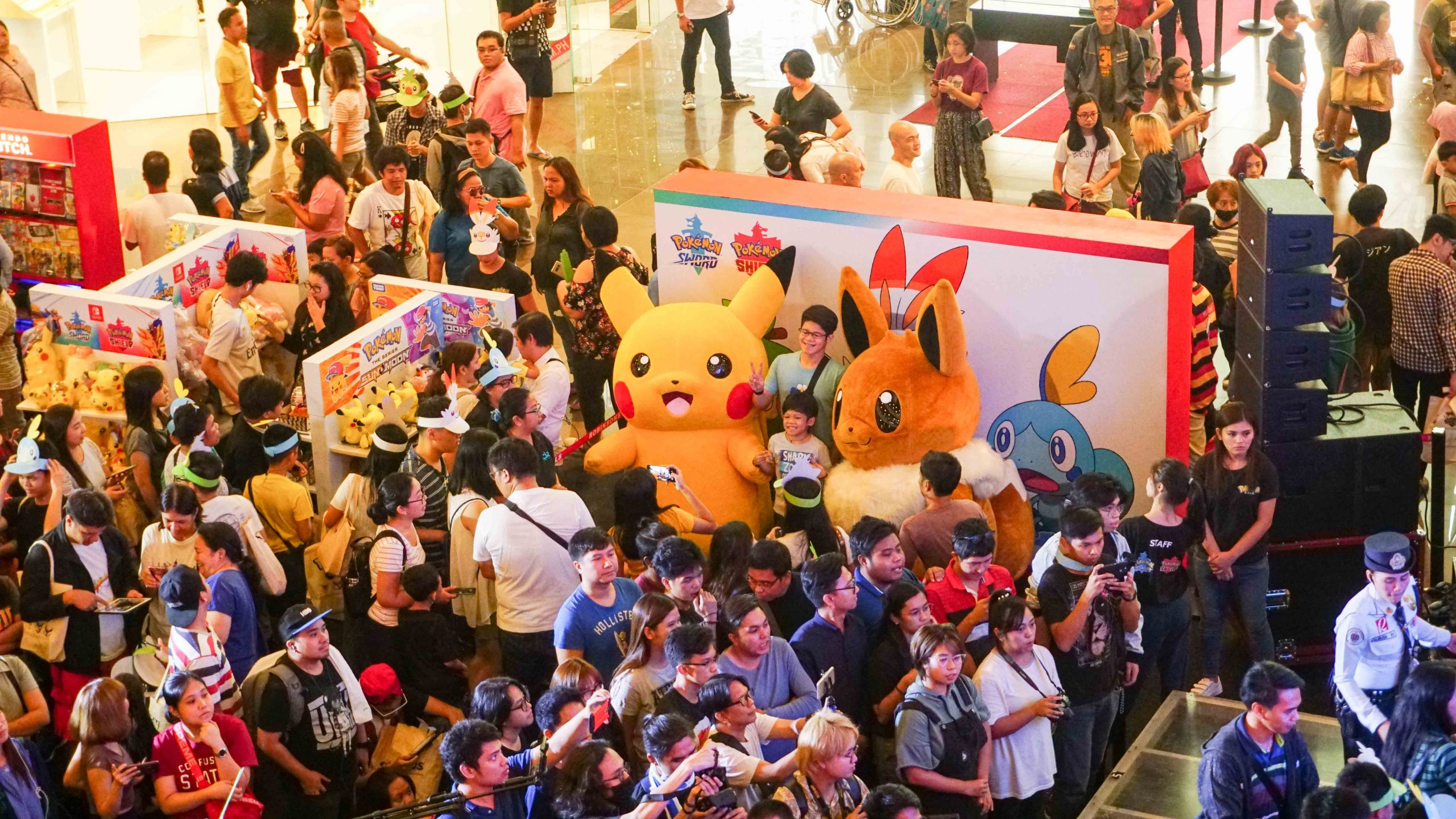 The highlight of the evening though was the Rumble Royale Tournaments, one for Pokemon Go, and of course Pokemon Sword and Shield. The Pokemon Go tournament was exciting, but it pales in comparison to the Sword and Shield tournament that followed. The Rumble Royale Streamers; Spice K, Buunja, Riku, Suzzysaur, Roadfill, Myrtle, Eruption, and Gloco, all competed to see who was the best that no one ever was. Eruption could be found looking through his phone at the Type chart, which exhibited his seriousness in all this. Some of the other streamers even showed their inner gym leaders by favoring certain types like Riku with her Grass Types, and Gloco with his Water. At the end of it, all Buunja overcame the odds and proved she was the Pokemon Master and won a trip for 2 to the Pokemon Center in Singapore.

On Sunday the place as packed tighter than a can of sardines. No space to walk in the middle because of all the fans that came to watch the talents up on stage, MNL48. As I had just arrived they were about to showcase one of the new features of Pokemon Sword and Shield, the Max Raid Battle. 4 members from MNL48 would go up against a Dynamaxed Araquanid, a Bug and Water-type Pokemon. Their line up consisted of Xatu, Raboot, Cinderace, and Honedge. Not the best team, but what matters is they won in the end and caught Araquanid. The other difference of this from Friday was that there was also a BINGO game. Each person who had a 1000 php minimum purchase in Robinsons Magnolia was eligible to get 1 card (1 card max per person), where they stood a chance to win a trip for 2 to the Pokemon Center in Singapore, a Nintendo Switch w/ Pokemon Sword and Shield, Pokemon Sword, Pokemon Shield, and some other great prizes. 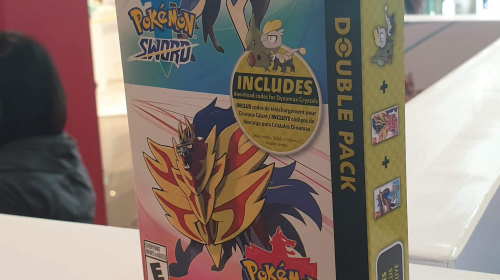 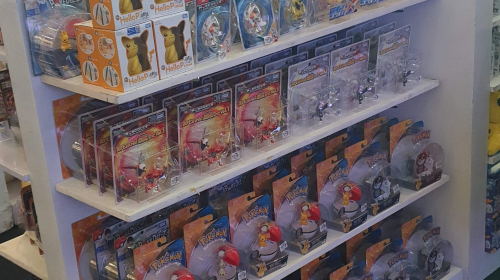 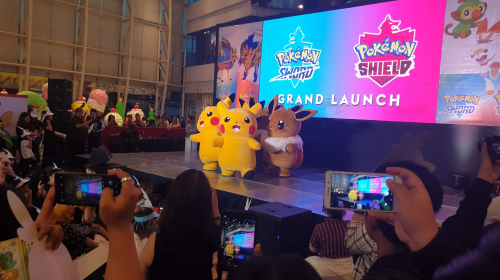 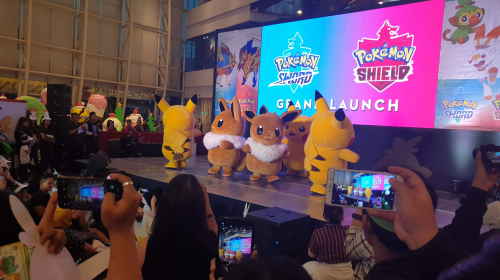 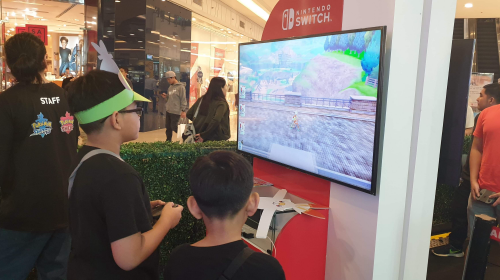 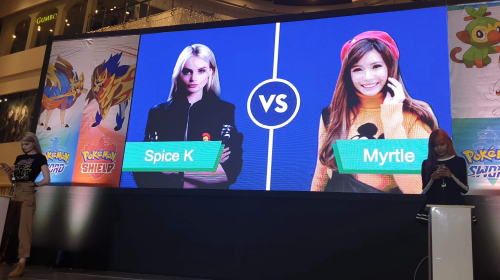 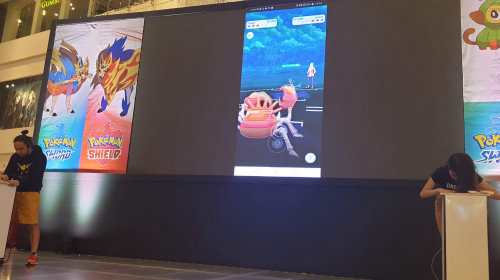 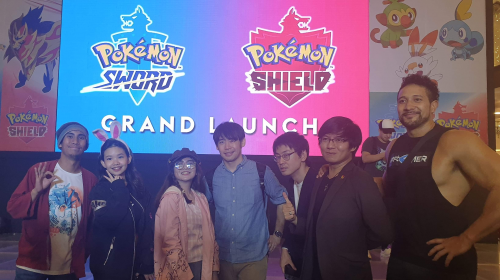 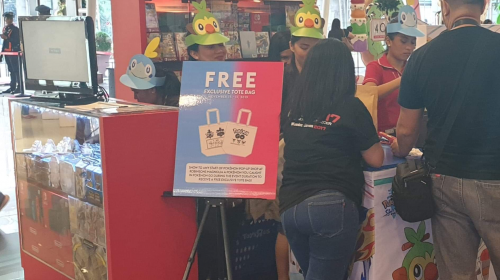 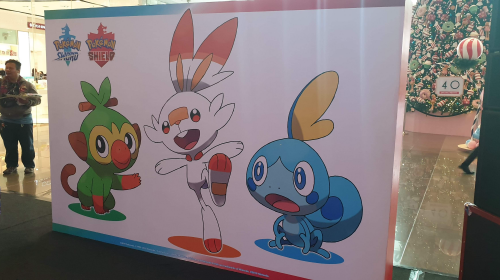 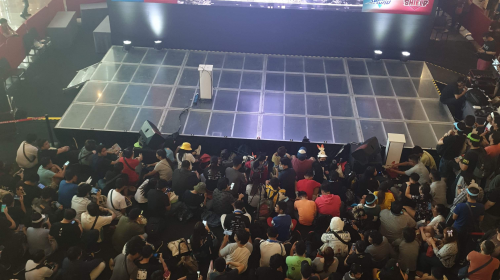 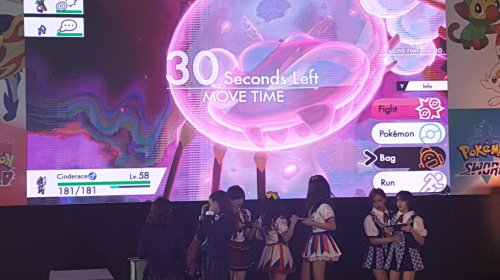 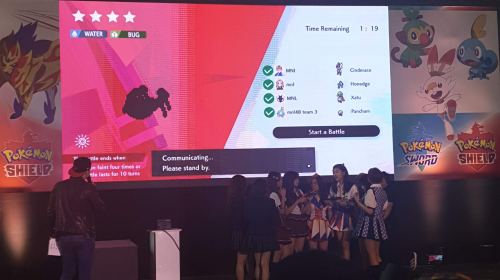 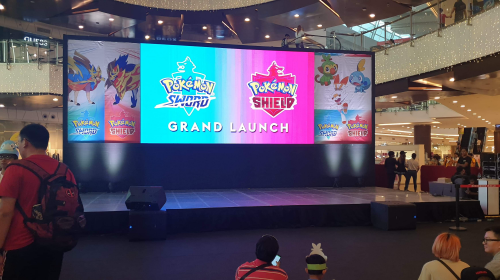 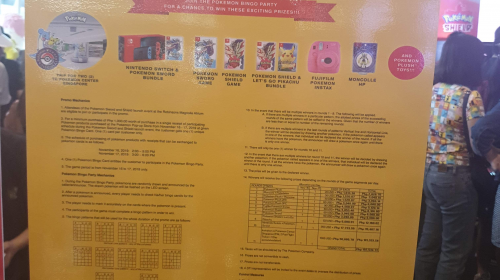 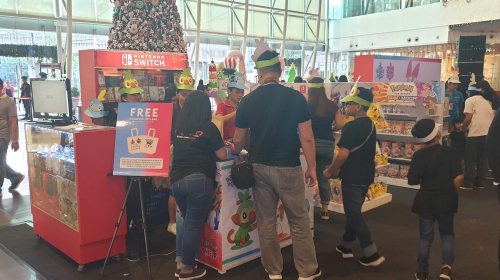 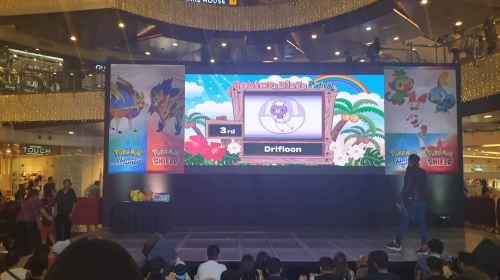 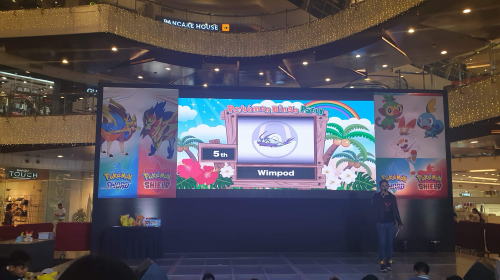