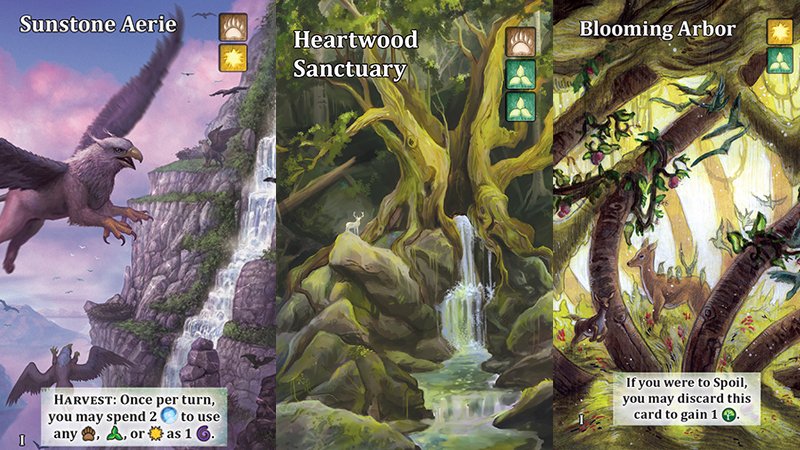 Neutral Grounds Philippines has announced on their fanpage that they will be hosting a demo of AEG‘s latest card game, Mystic Vale.

Mystic Vale is a 2-4 player game that uses AEG’s Card Crafting gameplay system. As the name suggests, the system will have you “craft” your own cards as you play along. The CCS system gives you the option to build your own set of cards instead of the usual gameplay system where you have to vie against other people in getting the cards in the field.

You can take a look on the gameplay from the official learn to play video with Geek & Sundry‘s very own Becca Scott Kerns.

As for Mystic Vale’s setting, the game is set within a fantasy world that has this as it’s description:

A curse has been placed on the Valley of Life. Hearing the spirits of nature cry out for aid, clans of druids have arrived, determined to use their blessings to heal the land and rescue the spirits. It will require courage and also caution, as the curse can overwhelm the careless who wield too much power.

The game seems to be interesting, and the fact that the cards have their own sleeves is a plus for me. Even The Dice Tower‘s Tom Vasel has praised the game a lot in his review.

Interested people can head to Neutral Grounds Centris Walk tomorrow at 4:00 P.M. for the demo. I will have my first hand experience with the game by next week so do watch out for my review on it.