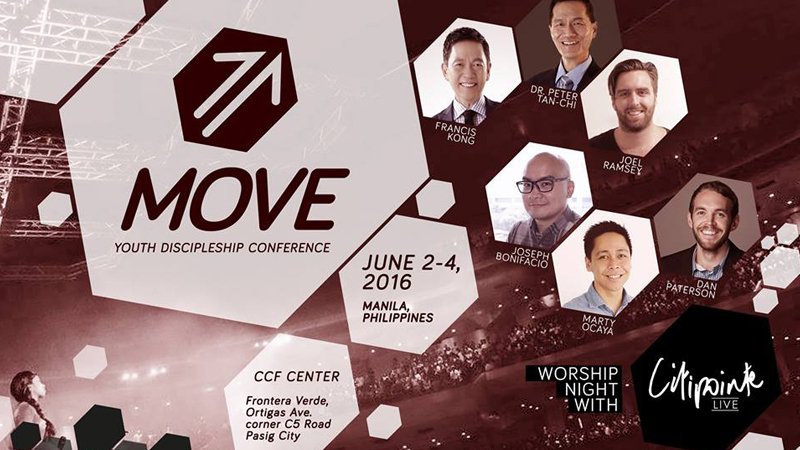 One of my biggest concerns as part of the young pro age bracket is seeing how the future generations get entangled on a lot of things that limit their sight on the potential they can bring for world change. Either because of the lack of setting sights on something larger than themselves or that they are too embroiled with fulfilling what their desires want. We end up with a lot of people entering the young adult stage living defeated lives, or setting themselves way below on the potential and the design the Lord has made for them.

That is why it’s a great time to have the Move: Youth Discipleship Congress. For three days starting from June 2 and ending on June 4. Young people and those who want to invest in the next generation are invited to listen to six speakers (namely: Francis Kong, Dan Paterson, Dr. Peter Tan-Chi, Marty Ocaya, Joseph Bonifacio, Joel Ramsay) on how we can move the next generation to the level the Lord designed for them to fulfill. 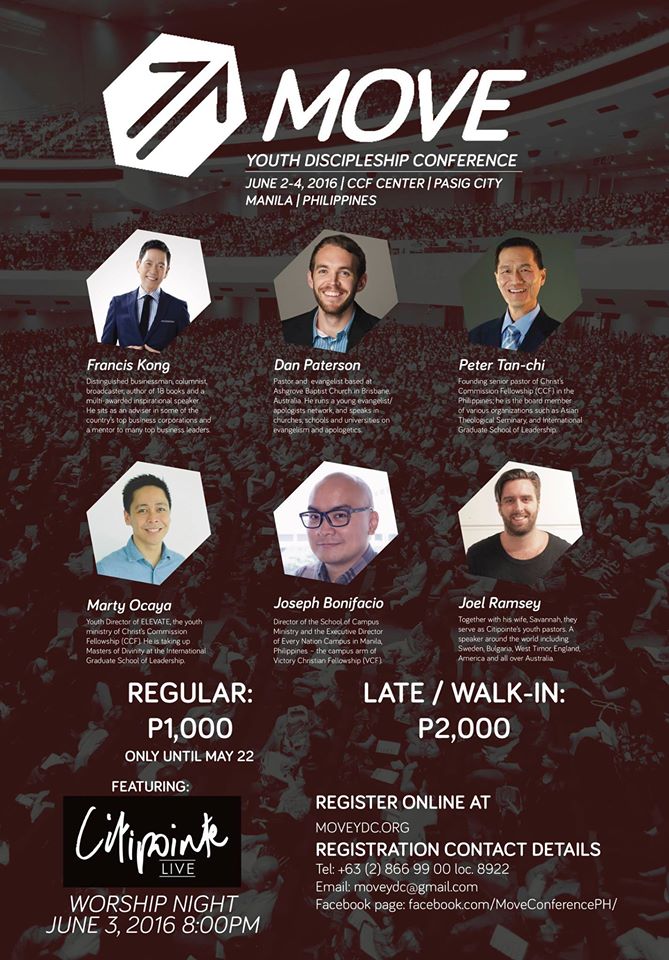 The venue will be at CCF Center and tickets are priced at 1,000php for early registrants while 2,000php is for late registrants and for walk-ins . Also, Citipointe live will have a worship night concert on the 3rd of June which is also covered by the registration fee.

For more details you can head to the Facebook page it’s event page or check out the Move YDC site.