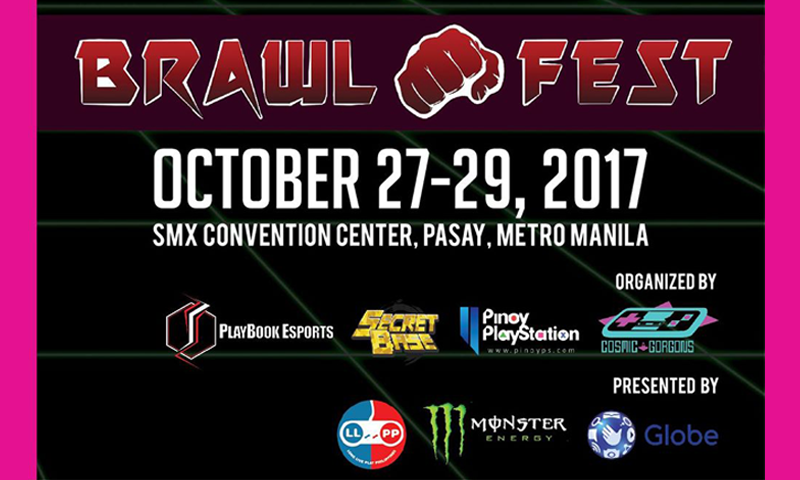 Fists Will Fly at the Brawlfest Booth This Coming ESGS 2017

Fighting game fans are in for a treat when you join the eSports and Gaming Summit this coming weekend starting tomorrow as Brawlfest is yet again set to bring in the fighting game action as it once did last year.

Brawlfest is a collaboration between Playbook Esports, Secret Base, Pinoy Playstation and Cosmic Gorgons where various fighting games will be present from tomorrow till Saturday that have fans of these titles and then some compete in tiered tournaments.

Here’s a list of the games that will be present (and have their own respective brackets and tournaments for the three days):

To up the stakes for this year, the winner of the Tekken 7 tournament for ESGS 2017 will fly off to EVO Japan 2018 and will compete in one of the biggest stages in the Fighting Games scene.

You can head to the Brawlfest fanpage for more info. Brawlfest is also presented by Globe, Monster Energy Drink and Long Live Play PH