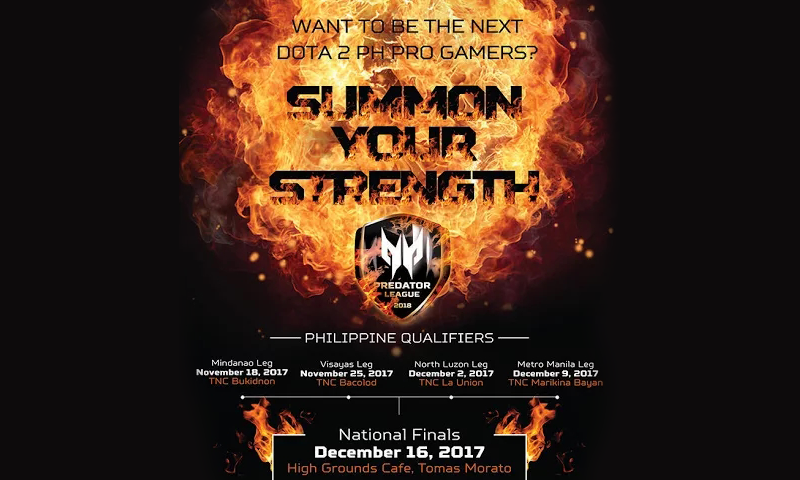 Predator Gaming is jumping into the competitive gaming scene with it’s Asia Pacific Predator League 2018. Focusing on DotA 2, the Predator League will compete have the emerging Philippine team with 7 other teams next year.

Meanwhile. the Philippine qualifiers will have four legs starting this coming November and here’s the rundown of the various legs:

The national finals will be held at High Grounds Cafe this coming December 16, 2017. If you’d like to know more about the campaign, you can check the site here.