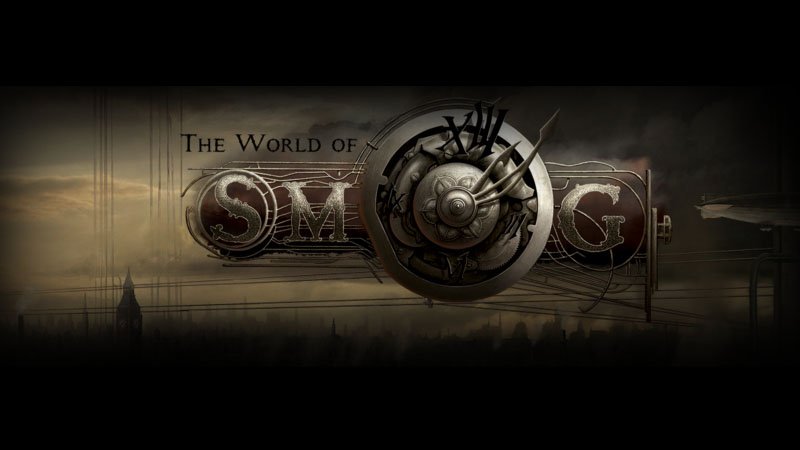 DAGeeks Reviews: The World of Smog: On Her Majesty’s Service

The World of Smog: On Her Majesty’s Service is a successful Kickstarter project from CoolMiniOrNot. The game puts you in the shoes of one of her Majesty’s agents in the world of SMOG as you delve into the shadow market that is fraught with danger, magic and mystery.

You will be competing against other agents (a maximum of 3) as you go through the Shadow Market in hopes to accomplishing her Majesty’s task the earliest. To do that you would can move the various areas in the shadow market to hinder or totally stop your opponents. Or you can hire/utilize the services of the Shadow Master and his agents. Each agent has his/her/it’s set of skills that can ruin the well steamed plans of your opponents.

Setting up The World of Smog: On Her Majesty’s Service (which I will lovingly call, TWS:OHMS from now on) seems like a complicated mess of cogs and board pieces that don’t really make sense because there are tons of game pieces that you need to sort through.  It’s not like one of those titles that the setup gets easier as you replay the game. 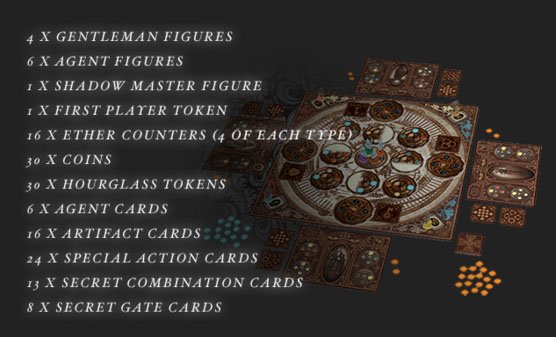 With that said though, the game really looks beautiful once you’ve clocked in your fair share of sweat and effort for play. The tokens really well made. You can even have them painted over to complete the full look and not have it just look like a colorless bust of your agent.

The game is one of those titles that looks deceptively hard to play because of the complicated board setup but in fact has a simple and easily understandable core gameplay. TWS:OHMS plays just like a chess game with a lot more variable gameplay elements.

Each movement in the shadow market changes the game’s landscape per player. This forces you to think retroactively and at the same time focus on how your opponents move because that would determine how you’ll play your turn. You can’t afford not to pay attention on your opponent’s turn unlike other board games in TWS:OHMS. And with a maximum count of three actions per player, it’ll take more than the usual focus you have when you’re playing against a full table.

Overall, The World of Smog: On Her Majesty’s Service is one of those types of games that you’d take a bit more time to process and digest than your usual board game. This game isn’t something I’d recommend a new player to take into because of not only the board setup but the gameplay itself requires more from the players than say, Politricks or some other casual game out there.

Still, if you can get a group that is looking for a bit more substance in their board games, then this game is a good game to spend money and time on.

You can get your copy of the game in the nearest Neutral Grounds branch near you, this game retails at 3,000 php