Fully Booked Brings in New Murakami, Zustal Books and An Illustrated Beedle the Bard And a Pinoy Cookbook

Fully Booked has announced that new books has come in their stores coming from Haruki Murakami and Markus Zusak. A new Illustrated version of The Tales of Beedle the Bard: Illustrated Edition. And a new Filipino cookbook, I Am a Filipino.

In Killing Commendatore, a thirty-something portrait painter in Tokyo is abandoned by his wife and finds himself holed up in the mountain home of a famous artist, Tomohiko Amada. When he discovers a previously unseen painting in the attic, he unintentionally opens a circle of mysterious circumstances. To close it, he must complete a journey that involves a mysterious ringing bell, a two-foot-high physical manifestation of an Idea, a dapper businessman who lives across the valley, a precocious thirteen-year-old girl, a Nazi assassination attempt during World War II in Vienna, a pit in the woods behind the artist’s home, and an underworld haunted by Double Metaphors.

The breathtaking story of five brothers who bring each other up in a world run by their own rules. As the Dunbar boys love and fight and learn to reckon with the adult world, they discover the moving secret behind their father’s disappearance. At the center of the Dunbar family is Clay, a boy who will build a bridge—for his family, for his past, for greatness, for his sins, for a miracle. The question is, how far is Clay willing to go? And how much can he overcome?

I Am a Filipino

by: Nicole Ponseca and Miguel Trinidad 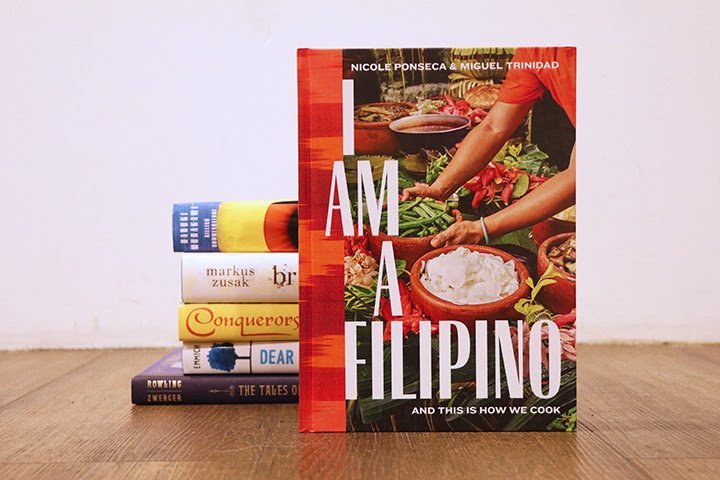 I Am a Filipino is a cookbook of modern Filipino recipes that captures the unexpected and addictive flavors of this vibrant and diverse cuisine. The techniques (including braising, boiling, and grilling) are simple, the ingredients are readily available, and the results are extraordinary. Filled with suitably bold and bright photographs, I Am a Filipino is like a classic kamayan dinner—one long, festive table piled high with food. Just dig in!

The Tales of Beedle the Bard: The Illustrated Edition

by: J.K. Rowling and Lisbeth Zwerger

This lush new illustrated edition has been translated from the ancient runes by Hermione Granger and is presented here with extensive commentary by Albus Dumbledore. And now Hans Christian Andersen Medalist Lisbeth Zwerger interprets these classic tales with beauty and tenderness (and wit), illuminating them for modern readers. With an introduction and notes by J.K. Rowling, this collection will thrill and delight Muggles and wizards alike. For every sale of this book, Scholastic will donate 15% of the suggested retail price to Lumos, an international nonprofit organization founded by J.K. Rowling that works globally to end the institutionalization of children.

You can check out more info on the Fully Booked website.