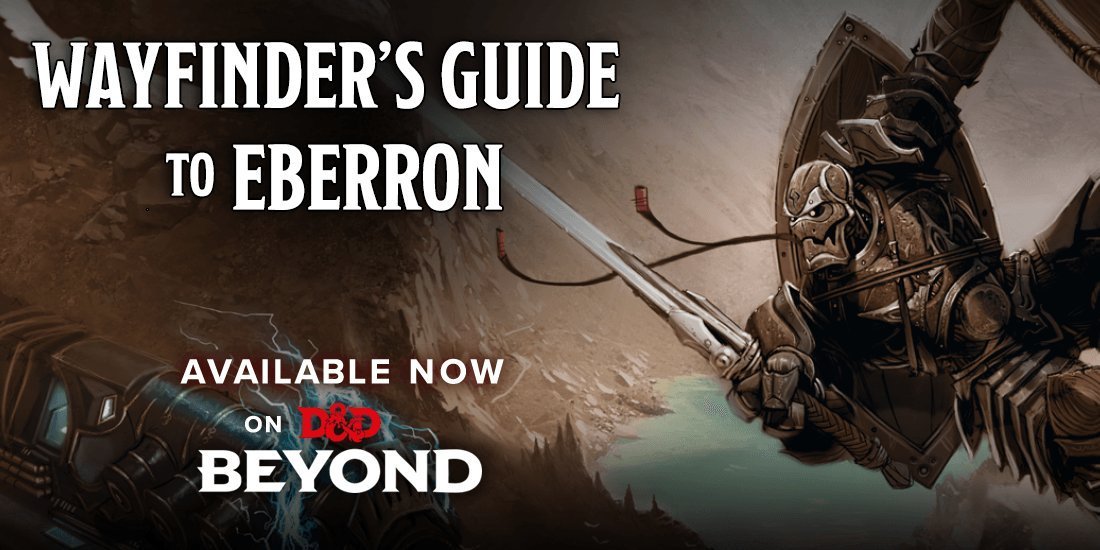 I’ve been playing Dungeons & Dragons for over a year now, mostly Adventurers League, and have enjoyed every adventure my characters have gone on. Now Wizards of the Coast has just released their latest book called Wayfinder’s Guide to Eberron, a new setting to the world of D&D, with new technology, and new races such as the Warforged which is basically robots infused with magic.

With this new setting comes certain limitations, for one thing it cannot be used for Adventurers League, at least not yet. Hopefully if it gets a good enough feedback the Admins of Adventurers League will make it a legal resource for players to use in AL play.