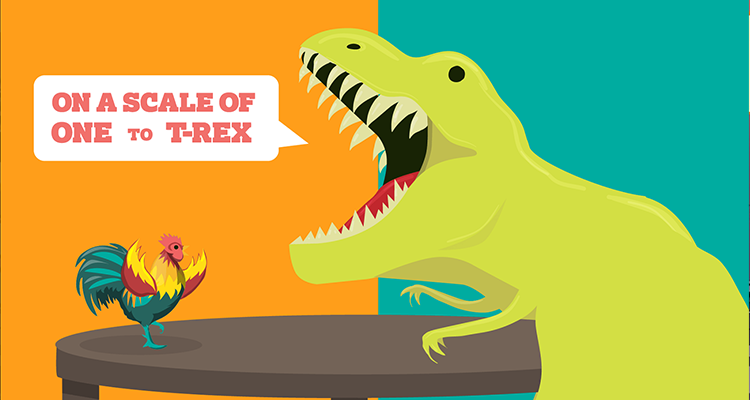 Bad at Charades? On a Scale of One to T-Rex is the Game for You

From the creators of the world-famous Exploding kittens card game comes a new game where even the meekest of players can enjoy,  On a Scale of One to T-Rex: A Card Game for People Who Are Bad at Charades. That’s right! you read correctly, a charades game that bad actors can be good at.

On a scale of one to T-Rex is a 2-8 player party game, and is very simple to learn, each player is given an action card which tells them what to be acting out. They will also be given an intensity card as well. The goal of the game is to act these cards out simultaneously at the intensity you received and find someone in the group acting at the same intensity level.

The game is being sold exclusively on Amazon at 19.99 usd and includes 139 cards and 58 tokens.