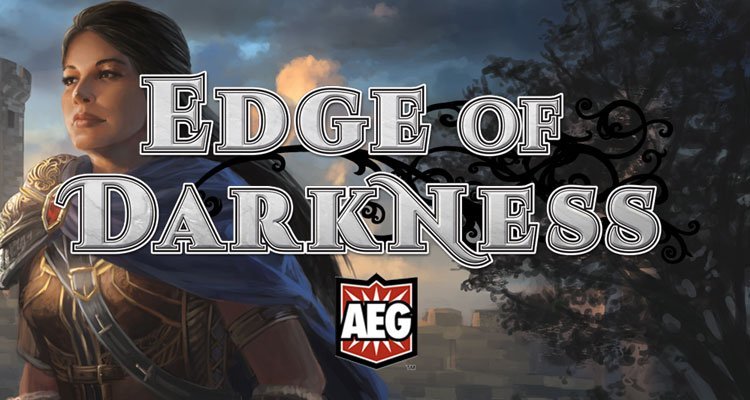 AEG‘s latest tabletop game, Edge of Darkness hits it’s Kickstarter goal at the first week with the game. The campaign to bring you Edge of Darkness funded in just over 30 minutes then raised over 245,000 USD through Sunday after six days of active and exciting activities.

Here are some of the highlights of week 1:

Because of unlocked Stretch Goals the Guildmaster Pledge now includes: 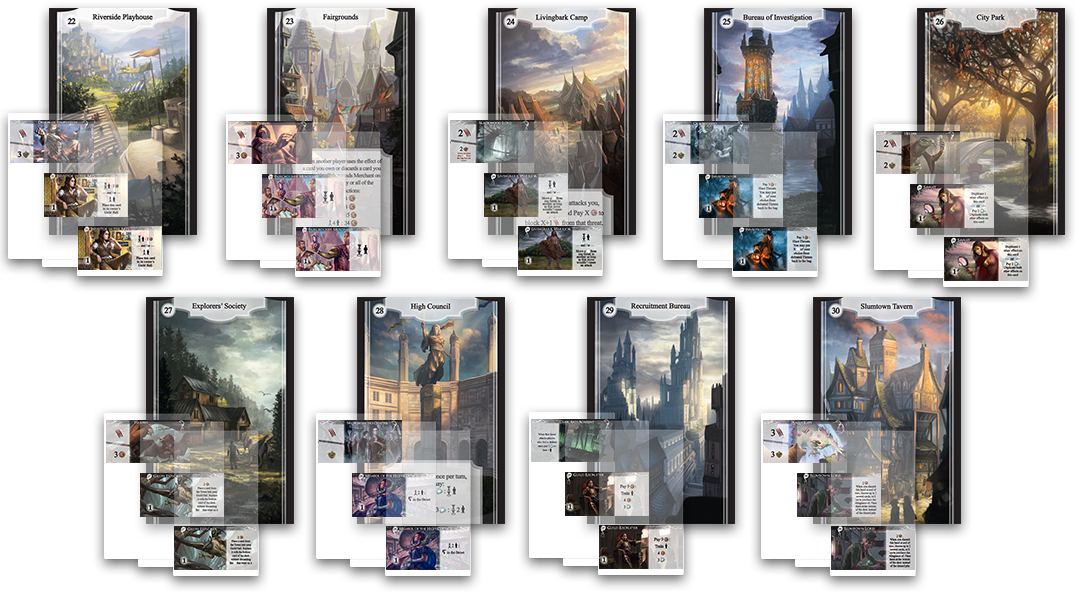 Unlocked Locations include: the Livingbark Camp where you can recruit traveling druidic mercenaries to help defend the city; the Bureau of Investigation which provides access to contacts that can ferret out corruption within the City; and the High Council wherein you can play the game of politics that dominates the Street. See the Updates for close up images and details on all nine of these Locations!

Now We Turn Our Focus to the Guilds

Over the next three weeks of the campaign we’ll be exploring the City of Aegis in even more detail, looking at the personalities and the politics of the Anointed, the Carnival of Shadows, the Fede Cartel and the Gilded Leaves. We’ll also be unlocking additional component upgrades and revealing new Add-ons.

Which Guilds Is Yours?
This question confronts every person living in Aegis. The Guilds are the centers of power but they are also the sources of enmity and conflict. As the threat of the Blight grows ever stronger, remaining unguilded becomes more and more difficult. 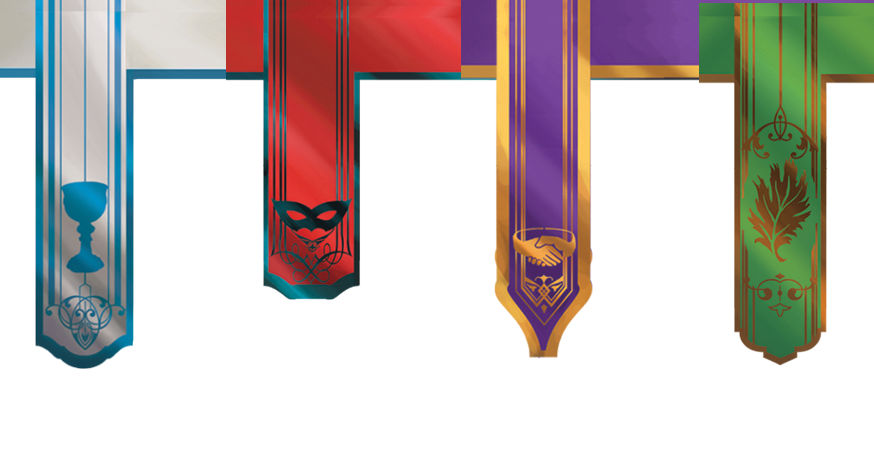 Join us as we learn about the objectives and strategies of the Guilds of Aegis by reading the Campaign Updates and participating in the Comments on the Kickstarter.

If you’re active in our Comments channel on Kickstarter, or posting on the forum threads on Board Game Geek, show your Guild affiliation by prefacing your comments with your Guild Tag:

After much playtesting we decided against trying to incorporating asymmetric guild powers. Because of the highly variable setup the powers would either be impactful but frequently result in one player having an advantage in a given setup, or they would have to be so minor as to barely impact the game and really just make for unnecessary rules. We do however, like the idea of a different lore and feel that differentiates the guilds, which we will be exploring through art and story.

In the final week of the Campaign we will again begin to unlock new Locations. Each day of the final week will feature a Location Stretch Goal to unlock, as well as a few surprises!