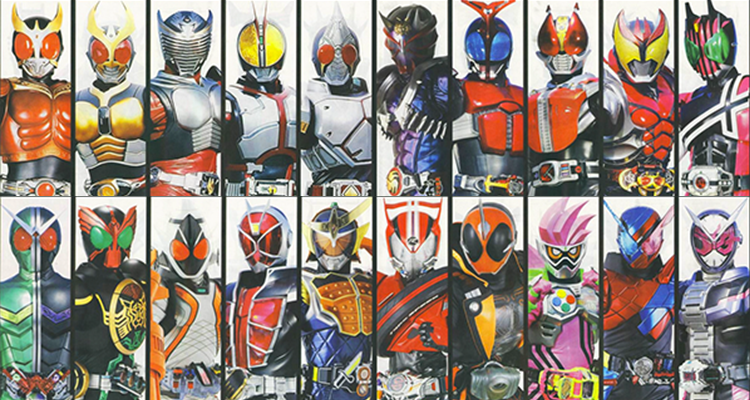 If you’re like me, a big fan of Kamen Rider shows one of the bigger issues we’ve always had to wait for translation groups to create subs for these shows.

So this one bit of news is going exciting especially for people like me.

The official Toei Tokusatsu World Official YouTube Channel through a site post has announced that they will be releasing 1 or 2 episodes per series with English subtitles every Saturday or Sunday.

While the announcement hasn’t cleared which shows will be released, it seems like all of the KR episodes will be uploaded since it does say per series. 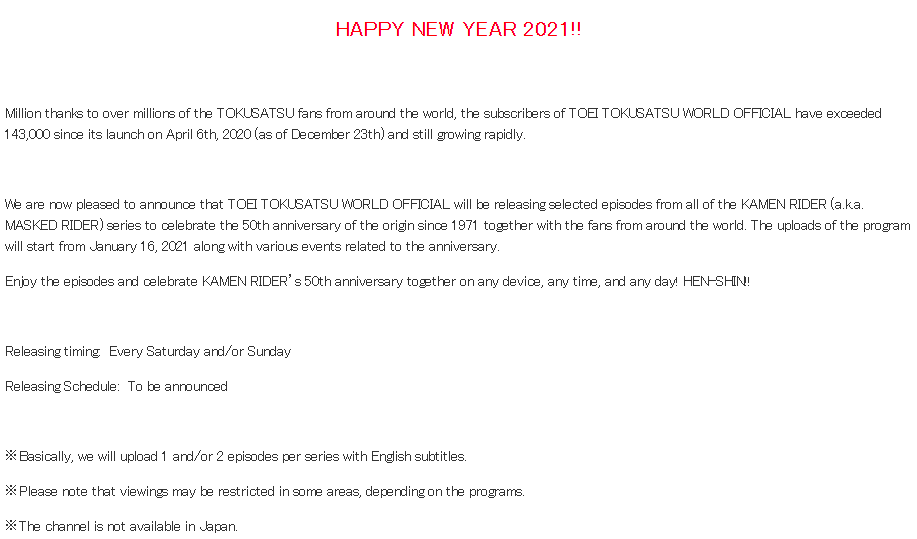 Of course, there’s a catch. Shows may be restricted in some areas depending on the program. And depending on the local situation, there may be  a chance that some of the uploaded shows won’t be accessible to us (I really hope not).

Toei will start uploading the programs from January 16, 2021. And this has been done as part of a celebration of Kamen Rider‘s 50th anniversary, which opens the show to a lot more fans on a more “official” basis.