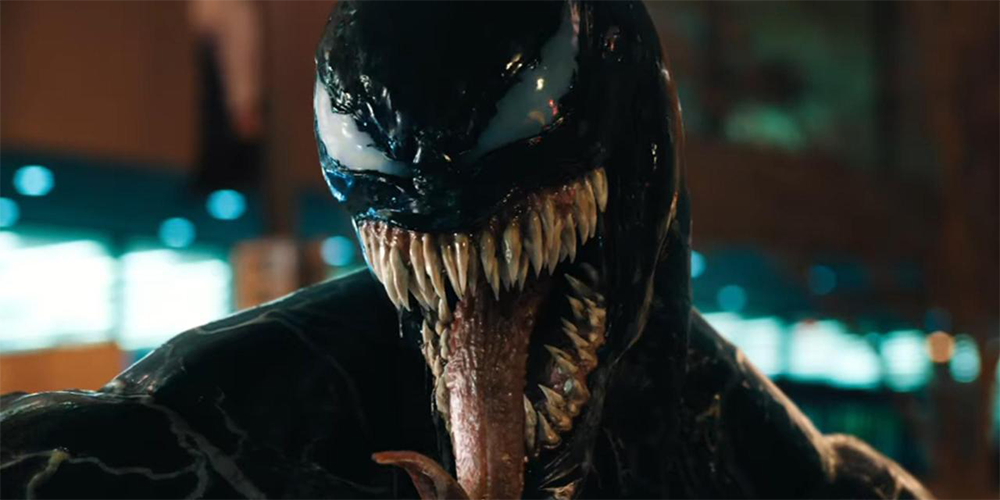 Brutal and self-absorbed, Venom is a familiar character to fans of Spider-Man and his comics. This movie takes inspiration from the Venom character and creates its own version of it. While still holding true to the alien symbiote angle, the fine details of who Venom and the symbiotes are have changed from the comic book versions. Nonetheless, Venom delivers as a simple “super” movie with crazy scientists, rampaging aliens, and the not-quite internal drama of Eddie Brock.

The highlight of the movie is undoubtedly Eddie Brock, played by Tom Hardy. Hardy‘s Brock is a joy to watch, as he struggles with life in general and life with Venom. The dynamic between him and Venom is the central part of the movie, although there are also a few other interesting scenes with the supporting characters, the movie as a whole really rests on the acting chops of Hardy. None of the other actors are particularly interesting, I’d call them competent but nothing to stand out.

Visuals should have been another highlight element in the movie, but this doesn’t come out. The CGI work on Venom and the symbiotes are passable and can be enjoyed.  However, graphical connoisseurs may be able to nitpick on the details and I wouldn’t disagree with points raised regarding it – details on the “costumes” and the motions could have been improved, as well as simply more action with the symbiotes in general. Nonetheless, nothing particularly jarring or poor seems to leap out to me.

Overall, the movie feels like a throwback to the simpler, not-interconnected super movies of about a decade ago. Its a movie with a workable premise, a fairly simple storyline, and aside from one head-scratching character development scene, nothing to really complain too much about. Don’t expect any deep drama or plot twists here. It’s pretty much a simple “alien comes to earth” bashing romp.