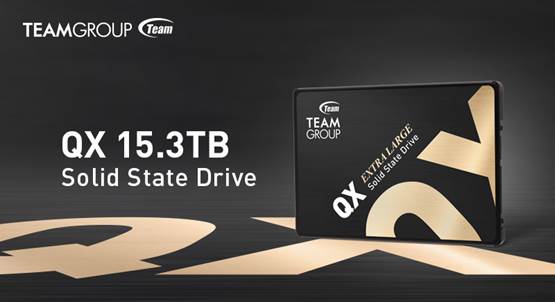 In what the company boasts as the industry’s first and largest consumer-grade SSD, Teamgroup launched the QX, an SSD with up 15.3TB of storage. It uses the latest 3D OLC flash memory and has up to 2,560TBW or write life, that’s 2.5 petabytes!

The QX supports features like smart dual cache, including SLC caching technology and DRAM cache buffer, delivering 560/480MB/sec of read/write, respectively. This is truly groundbreaking as not only can you replace your array of hard disk drives, but you’ll have all the pros of an SSD from its low power consumption to shock resistance to fast read/write speeds.

Not only does it come with a huge storage, but the QX also has a write life of up to 2,560TBW and also supports Windows TRIM optimization, which frees up unused blocks for new data, but with 15.3TB of space, I doubt you’ll need it. The QX also supports native command queueing that optimizes file access and effectively reduces performance degradation and wear and tear, extending the service life of the QX. 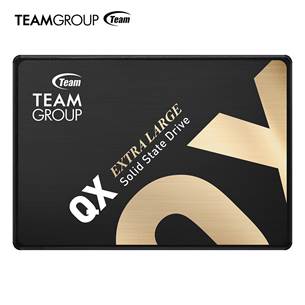 Right now, the QX is only made-to-order and will set you back a whopping $3,990. So unless you have ₱194,000 lying around, I’d suggest you not to hoard files at the moment and just install the games you play the most.