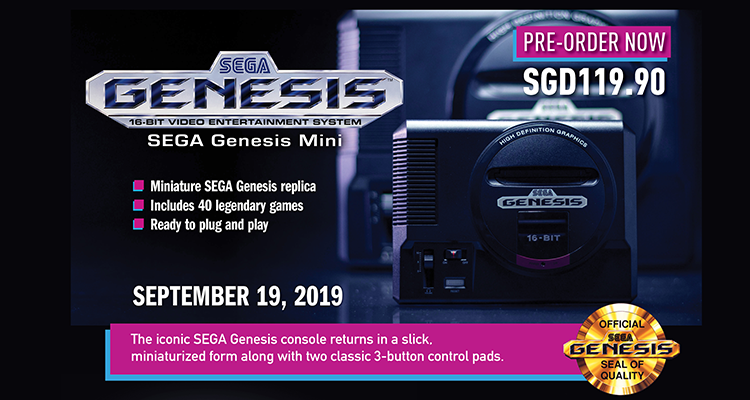 If you’re one of the people who’s looking forward to get the SEGA Genesis Mini, then it seems like Epicsoft Asia Pte. Ltd. has announced that they will be officially bringing in the unit in the region along with the global release on September 19, 2019.

The SEGA Genesis Mini has an SRP of 79.90 usd in the USA but will be priced as follows in these countries:

People who purchase the SEGA Genesis Mini will have the ff. items out of the box:

The console will come pre-loaded with 42 classic games that were developed originally for the SEGA Genesis, including: 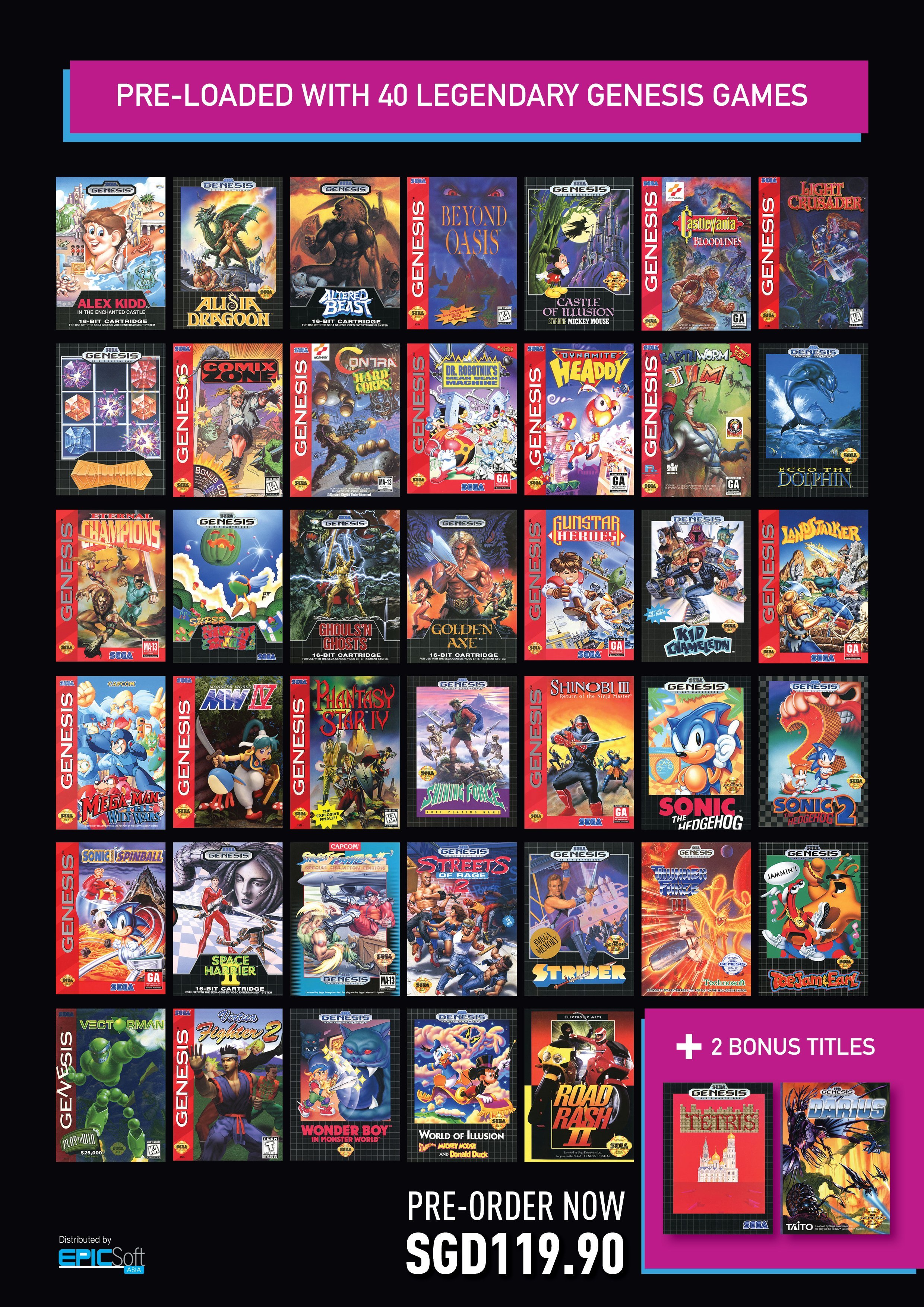 I am really excited to have the opportunity to launch the SEGA Genesis Mini in Asia. SEGA Genesis Mini is not only a game console, but also brings back great memories of SEGA’s history. I hope every Genesis fan, SEGA fan and gamers in general can love this new retro game machine.

Pre-orders have started for this product at all retail partner outlets in the Southeast Asia region, while online pre-orders will be made available closer to the date of the launch.