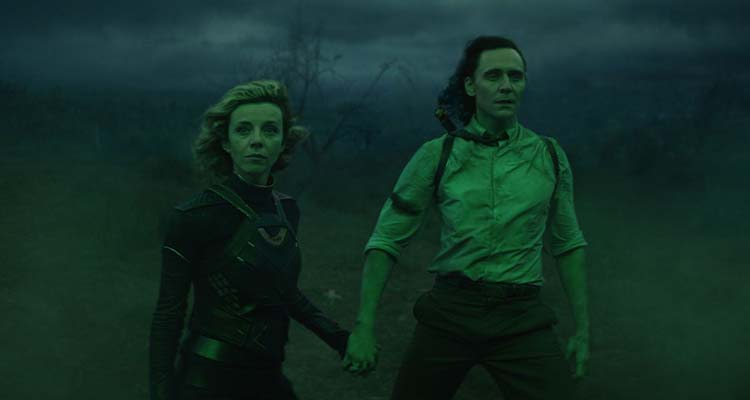 Disclaimer: The opinions stated in this article do not necessarily reflect those of the blog and its other writers, so please take the author’s ideas with a grain of salt and a stick of Kablooie Gum. This review only contains spoilers for Episode 1 of the show.

There is a common phrase thrown around in jest that Marvel movies exist only to set up other Marvel movies to come in the near future. With every after-credits scene comes another storyline, keeping the Marvel Cinematic Universe in an eternal self-propagating cycle until the end of time where he who remains is only the Mouse.

I have to be honest, I was not one of those people. Sat squarely in the center of the cinema as my friends and family started weeping during the events of Avengers: Infinity War, I watched in apathy and intrigue. Loki was a character I appreciated, but was never particularly fond of. Loki was a show that surprised me in more ways than one despite this fact, but did it fulfill its own self-imposed glorious purpose?

Loki is a 2021 Marvel Studios television show starring Tom Hiddleston as the titular character as he unwittingly embarks on an adventure through time and space and reflects on his life as the god of Mischief.

The TVA arrests Loki shortly after he escapes with the Tesseract in Avengers: Endgame, marking him as a “Variant,” or someone who breaks the pre-established flow of time by making choices contrary to their given “role.” As my friends and I were watching the first episode and it slowly dawned on me what exactly it was we were getting into, I was all for the concept of Time Cops. It’s not a new concept by any means, but the finesse and aesthetic with which Loki executes its version of the Time Cop trope had me hooked for the whole show. While watching WandaVision earlier this year, I jokingly told my friends that it would be the closest thing we’d get to an SCP Foundation show. Turns out I would be getting even more of that vibe here.

The show’s aesthetic, though its CGI was rough around the edges at times, feels fresh yet foundationally “Marvel” in its execution. The sound design of the technology is crisp and otherworldly. Natalie Holt’s original soundtrack is some of the best and most unique to ever come out of a Marvel Studios property—every scene sang with the score to sell its scope. During the whole experience, my ears were just as intrigued as the rest of me.

My favorite part of the series was absolutely, without a doubt, Owen Wilson’s character Mobius. He deserves a jet ski, and I need not say more.

… To Bring Out the Best in Others

However, as much fun as we had binge-watching all six episodes and witnessing the bold finale unfold before our eyes, Loki’s overall structure and direction left many not only confused, but frustrated.

In line with the opening joke about every Marvel property acting as setup for another, Loki well and truly feels like it’s putting in the legwork to be able to make way for the coming Marvel properties to shine. As instrumental of a part to play as that is, it left the show weak as a standalone narrative. No matter how self-contained the plot may attempt to be, one struggles to see past the effort it puts into setting up future shows and movies. It doesn’t help that the pacing of the show slows to a grind between plot points.

As I said in the beginning, I was never the biggest Loki fan to begin with. Despite this, I share the opinion that the titular mischievous scamp himself often acted in ways inconsistent with his characterization. Loki’s power levels also fluctuated from episode to episode—despite being established as a powerful Asguardian, he regularly gets evenly matched by regular people in fistfights, only to spontaneously levitate large objects in the next episode.

At the core, I only recommend shows based on one metric: Did I have a fun time or not? Sitting through Loki was enjoyable, especially with friends, so go for it. But in order to get the most out of the show, it would be advisable to set aside expectations for the “perfect” Loki show. Every headcanon variant of Loki is different from one fan to the next. As long as you keep that in mind roll with the series as it goes along, Loki truly sets Phase 4 of the MCU into motion. Let’s hope they keep the momentum rolling for all time, always.