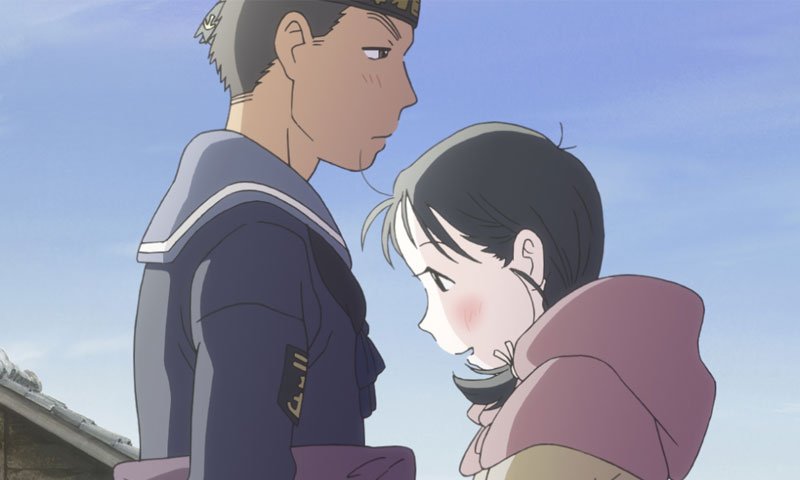 In This Corner of the World | DAGeeks Movie Reviews

In This Corner of the World follows the story of Suzu, an simple, innocent, and really creative girl as she lives through her daily routines of school, graduating, and then getting married and her life afterwards. And we are shown her struggles as she and her family tries to live life during the days of World War II, prior to the Hiroshima bombing.

I know this may sound like a bit of a spoiler but with the way the narration is done. If anyone has had any inkling or knowledge of world history, the bombing being part of the narrative isn’t really surprising. Unless, you don’t know, which would mean that you should go back and study world history.

Personally, I never really was a fan of asian period anime drama. Because a lot of the nuances and intricacies of the culture involved in said stories would often go over my head. And that’s no different with In This Corner of the World. Since the set piece is the center of Japan, there are a lot of cultural situations, terms, and even practices that are foreign to me. Normally, I wouldn’t take into such things, but since the Suzu’s story goes through the hoops for it (for a considerable amount of time if I might add), I felt like that I was missing a few steps with some of the things happening inside the story.

The almost episodic feel of the first half of the series feels disjointed and confusing. Especially since the subtitles during the early first half is lagging behind. It was appearing after the character has mentioned the line which is unnerving especially for someone like me who is already used to the simultaneous text/audio interchange on-screen. This is also important to note since one of the biggest plot devices was already there at the beginning. It was until later that I realized why some character acted the way they did.

With that said however, In This Corner of the World is really a spectacular movie to watch. Even though the visuals take on a more pastel like color approach, and the art-style pretty much a classic anime movie approach. I love that the anime allows you to enjoy the visuals even with a really simple story premise.

Furthermore, the build-up to the 2nd – 3rd act of the movie was good enough that you really would feel the emotional punch the characters felt as they go through the struggles of their life during WWII. The normalcy, and the moments where you get to watch how Suzu’s life unfolds gives you enough emotional rope, that you would feel invested enough that whatever happens to her, the good, and the bad, would have enough power to make you feel her pain or pleasure.

In This Corner of the World is not a visual spectacle or does it have a wide-reaching story line most famous anime movies have right now. But what it lacks on those areas, it has heart. Yes, the theme and the setup is still very subdued and at the same time problematic most especially with the current global situation. But In This Corner of the World will make you feel (or realize) that even though Japan has had a bad history within the region during WWII, there are still people who live in that country who just hope to survive the day-to-day. It just so happens they were born in that country at that specific time.

“In This Corner of the World” opens in Philippine cinemas June 28 from Rafaella Films International.