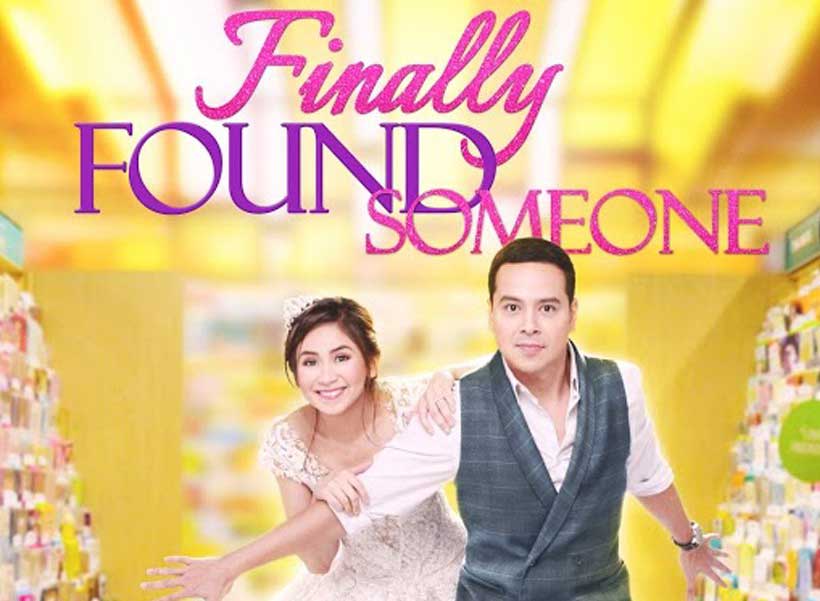 or website.For those who don’t know my movie habits, I have watched on occasion the typical pinoy mainstream romcoms here and there. Coincidentally, I actually watched the three Sarah Geronimo and John Leloyd’s (sorry, blame Ninjago for that) rom com movies before Finally Found Someone, A Very Special Love (2008) and the subsequent sequels, You Changed My Life (2009), and It Takes a Man and a Woman (2013).

With a four year gap since their last romcom outing, the chemistry between Geronimo and Cruz is still present. Being able to deliver the kilig effect (cringe worthy at some parts, delightfully acceptable at a lot of moments) at various key scenes that has been the trademark of the duo’s previous movies. This is good for those looking to just get their romantic kicks from the two lead stars because everything else that doesn’t carry the name Sarah Geronimo and John Llyod seems to just fade behind as the sidekicks to the two.

Finally Found Someone suffers the lackluster plot building the pinoy mainstream romcom genre has been middling itself into in the recent decade. With the movie’s storyline almost copying A Very Special Love’s progression. The two leads are just basically playing their characters from A Very Special Love with an altered set of side characters and just a slight change in their motivations and backgrounds. Sarah Geronimo’s plays the emotionally distraught, yet eternally hopeful, Aprilyn Esguerra who is a callback to her Ladia Magtalas character. Both characters are enamored to something, with Aprilyn, almost obsessed with her “Future Husband”, while Laida, who had the almost obsessive desire to see and be with John Llyod’s character. Meanwhile, John Llyod, plays as Raffy Sandoval, who, just like his A Very Special Love, counterpart, Miggy Montenegro, is a driven PR Manager who has his own family issues that he’s facing, just like Miggy.

The movie, uses all the formulas that made the love team’s three previous movies work. You have John Llyod doing yet another dance, which is a bit more adult oriented compared to his “sun/rain dance” to the duo’s “will they or won’t they kiss on screen” that was a bit more stretched. Finally Found Someone was able to check off on all the things that you can expect from a feel-good romantic comedy film from the two. Of course, the one-liners are there, and some were really good!

There were a few plot points that I personally would’ve wanted to be tackled without kid gloves in the movie such as the use of social media to affect how we do our business and our lives and the lack of empathy clients have when they ask the impossible from their PR managers. But then again, I would’ve wanted those topics to be discussed on a diff. kind of movie.

Finally Found Someone is a good basis for the staying power of Sarah Geronimo’s and John Llyod Cruz’ tandem as a love team. That, without a doubt is true, the movie, with all the sugary sweets it brings us on the screen covers up the lack of substance in everything else which I personally wished to see in the film.

But a guy can dream can he?

We’d like to thank OPPO for giving us the opportunity to watch the movie! The screening also gave fans the opportunity to test out the The OPPO F3 Sarah Geronimo Limited Edition which is available in Lazada for PhP15,990. For more details about this smartphone, you may visit the OPPO Philippines Facebook Page or website.