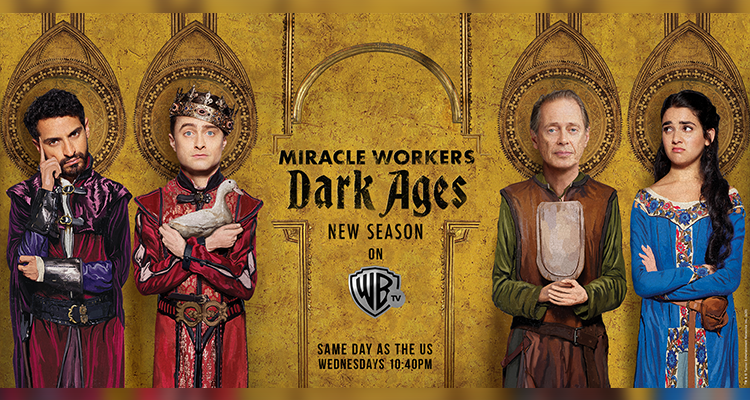 The second season of the novel turned series Miracle Workers is headed to the Dark Ages and will focus on the medieval ages which is about about friendship, family and trying not to be murdered. It revolves around a group of villagers in the dark ages trying to stay positive in an age of inequality and fake news. (source: Deadline).

Daniel Radcliffe, along with co-stars Steve Buscemi, Geraldine Viswanathan and Karan Soni which comprise of the first season cast return along with new characters played by Lolly Adefope (from guest to series regular) (Tess, The Spy Who Dumped Me), Jon Bass (Ronnie, Baywatch), and Peter Serafinowicz (The Tick).

The second season will air on January 29 at 10:40 pm on Warner TV and will be simulcast in the US. Locally and will run for ten (10) episodes. To know more, you can head to the Warner TV Asia fanpage.