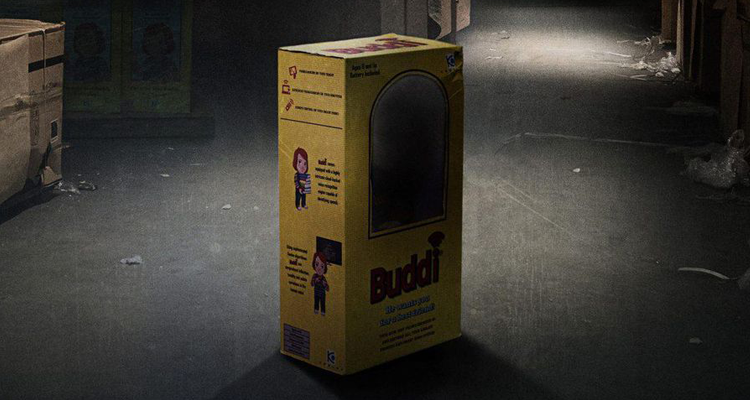 It took a lot of soul-searching and head-scratching to deal with the fact that the Child’s Play reboot was relegated from “soul of a serial killer possessing a doll via voodoo magic” to “AI gone rogue”. Added that the trailers show that it’s a bunch of kids fighting back against the new Chucky, I half-expected to see a gory Goosebumps movie – with the only thing keeping my hopes alive that the remake would not be a washed down movie were its brilliant promo posters showing Chucky implicitly kill off characters from Toy Story – another high-expectation toy-based film releasing on the same day. But I’m glad I walked in on Child’s Play’s early with little to no expectations for not being like the original movie, because what we got was something different in an unexpectedly great way.

The only thing that was retained from the original movie was the premise of single mother Karen (played by Aubrey Plaza) gifting her son Andy (Gabriel Bateman) with Chucky (Mark Hamill) for his birthday. Chucky’s origins were changed into him coming from a line of smart dolls that synced up with a home security system and the internet. Think Alexa given a playable doll form. A manufacturer facing unemployment pettily sabotaged one fateful unit by removing its behavioral inhibiters – setting the precedent that this one particular doll will have a penchant for violence. But this also sets another precedent that these line of dolls, and this Chucky in particular, is a learning doll that can be taught the concept of good and care. So instead of having an inherently evil entity from the get-go, we get an innocent doll that takes its intentions of caring and protecting its owner to the perverse extreme. Kind of like a really dark Baymax.

The reboot makes you feel for Chucky because it shows the doll clearly having good intentions for his owner (him wanting Andy to be happy). We get a lot of scenes showing how Chucky learns what makes Andy laugh and smile, then him trying to replicate that thing to keep Andy happy. But then it also makes you feel torn because this was translated as him “removing the obstacles to Andy’s happiness” through any means possible (murder). What I expected to be a ripoff of Small Soldiers turned out to be an unassuming movie about psychological and moral quandaries, about innocence, influence, and mental simplicity. Was this Chucky really wrong? Can we really blame him? Sure, he took it too far by murdering a whole lot more people than just the one or two who antagonized Andy – but instead of a supernatural serial killer, these actions now come from someone with basically the thought process of a child (giving the title a totally deeper new meaning). Someone who was programmed to fulfill the purpose of “making someone happy” and “keeping them safe”, and did so – give or take a few moral qualifiers. Someone who only wanted to see his kid happy. Someone who just wanted to be acknowledged for doing a good job.  Someone who feared being replaced. I’m not saying Chucky is the true misunderstood hero of the movie, but he does put something new to the table which had me wishing he would catch a break and something good will happen to him in the end. But such is the nature of a horror film. Chucky sadly had to go.

That said, the movie is a great watch – longtime fan or not. It had a healthy amount of gore that was either confusingly edited down or intentionally left off-cam. Either way, it still leaves a satisfying feeling for blood fans. Kudos to Andy for a performance worthy enough to be casted in a season of Stranger Things. Aubrey Plaza, despite the little camera time she gets, delivered equal great parts of cheese-less sass, motherly love, and hysteria. And of course, the amazing Mark Hamill who transformed Chucky from B-movie Gremlin to a creepy baby Joker. Though it may not beat Toy Story 4 on their opening weekend, it should still manage a strong performance to hopefully warrant a continuation.

Plot/Screenplay
90
Music
75
Casting
90
Cinematography
80
Design
90
Reader Rating0 Votes
0
The Good
A reboot done very well, which is rare
The Bad
It gave me feelings for a creepy murderous doll
85
Type to search or hit ESC to close
See all results