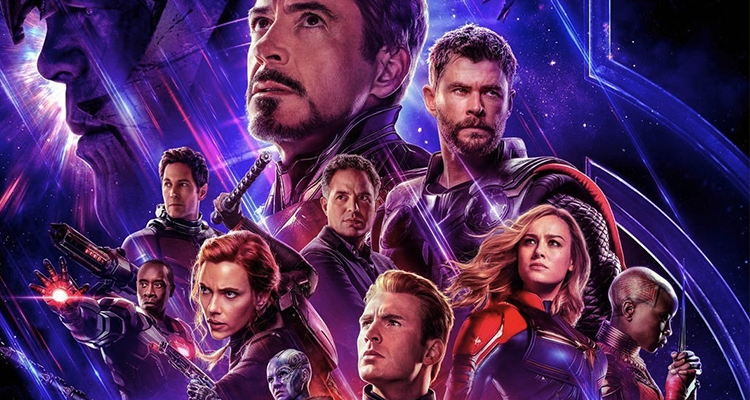 I know that releasing a review for a movie this big this late seems like a stupid decision for a geek and gaming blog. But before I hang my own head in shame for being an irresponsible geek blog owner, let me try and explain to you why it took me this long to get things done.

My first “excuse” is that the magnitude of what transpired in the movie is more than just what you’d expect from a movie that’s at the tail-end of more than a decade of build up. It’s three “phases” worth of setup. Starting from the first Iron Man, you already see the scaling of the how bigger the scope Marvel had envisioned with the building of what we’ve now called the Marvel Cinematic Universe. With each succeeding movie starting from Robert Downey Jr.‘s first portrayal of Genius, Billionaire, Playboy, and Philanthropist it seemed that Marvel could do no wrong, with each succeeding movie seemingly accumulating all the goodwill from moviegoers that even the less stellar ones are performing better than most it’s contemporaries.

So having that magnitude and compressing all the pay-off in one movie, it was hard for me to not be a bit overwhelmed on how I’d write the review. I personally didn’t want to just write another movie review with Endgame, because I’ve personally invested a chunk of my life enjoying these films.

My second and last”excuse” is that, aside from being unable to properly digest how I felt after watching the film more than once, I was just simply swamped with things I needed to do in real life.

So moving on to the review itself. Avengers: Endgame is a movie that I find hard to gauge properly. The Russo Brothers were able to properly gut our hearts out at the end of Infinity War with the all-mighty Thanos finally accomplishing what he set out do. Eliminating half of all life in the universe. We’re given a glimpse of what would the world be if suddenly half of everything was turned into dust.

Given the dour state we’ve last seen our heroes, Endgame pretty much builds up on that. With events happening in successive order as key players return to change what was the status quo and if you’ve seen the trailers, things pick-up from there. As expected, performances from the all-star cast are at the forefront and great performance are seen, most especially with RDJ as he has shown a more nuanced side of Tony Stark. Meanwhile, we’re given the performances of what we would expect from the likes of Scarlett Johansson, Mark Ruffalo, and Chris Evans. We’re shown how they’ve matured into the more haunted heroes they are now.

All throughout we’re given a heavy air of sorrow and pain as we’re shown how the survivors cope. And it was a painful first few hours because we were successfully made to believe that the pain their experiencing was real. This was further emphasized with the scenarios we’ve been shown on screen. And how desperate everyone was on trying to make sense of things.

The movie’s script was surprisingly crisp. Even with it’s three hour run, however the movie pretty much stumbles a few steps most especially when we’re feed time travel into an acceptable plot device. It’s always messy when you put time travel into the mix and that’s pretty much what we’ve seen on-screen. However, with that said, it was clear that the Russos were setting a lot of things up for the next phase of the MCU.

The movie could’ve done more with some of the pay-offs, and I personally wanted a more utilized Captain Marvel especially after we’re shown in her first solo movie. But it turns out, Endgame was shot first before Captain Marvel so we’re shown a Captain Marvel that barely did anything except take down the biggest and baddest ship out there and fight almost toe to toe with the Titan himself.

Overall, Avengers:Endgame truly deserves it’s title. The movie felt final for some of the characters and it was mostly a fitting end to their long journey in the MCU. Endgame also opened up more doors for continued stories to take place in the MCU. It was an exhaustive journey that the Russos were able to setup from Infinity War, and I personally must say that it was a fitting end to the longest phase in the Marvel Cinematic Universe.

Avengers: Endgame wasn’t perfect. In fact, there are a lot of things that this movie failed to address properly. But there’s one thing that this movie reminded us is that, the best laid plans won’t always follow through. The tangles and the problems we’re left to understand at the end of the movie aren’t just attempts of Marvel to continue on with the story, but it also represents how the world really is, a big mess that we can’t fully understand.