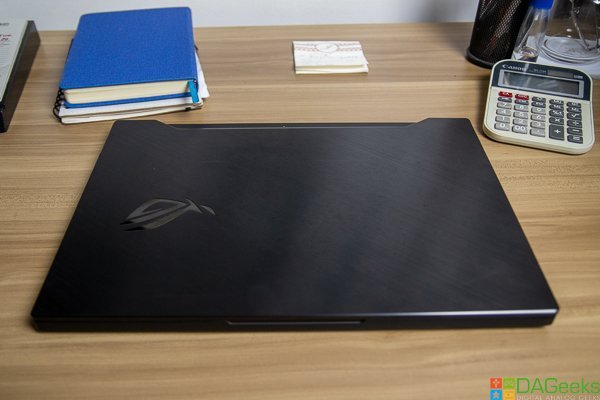 Remember our previous reviews of the last-gen ROG Zephyrus? It’s smaller, faster, and lighter. Well, this generation brings it up a notch. ASUS ROG turned all dials to 11 to make smaller-er, faster-er, and lighter-er. The ROG Zephyrus S15 is one of the most powerful machines we’ve ever seen in a thin, compact form factor. It’s slim, it’s sleek, it will run Crysis, the remastered one, without breaking a sweat.

The ROG Zephyrus S15 continues the legacy of the Zephyrus line of it being one of the thinnest laptops in the market that packs a mean punch. At 18.9mm and under 2 kilos, it’s packing a 10th Gen Intel Core i7 CPU paired with an NVIDIA GeForce RTX 2080 SUPER with a 300Hz screen to boot in a sleek and slim chassis that you can bring wherever you go. 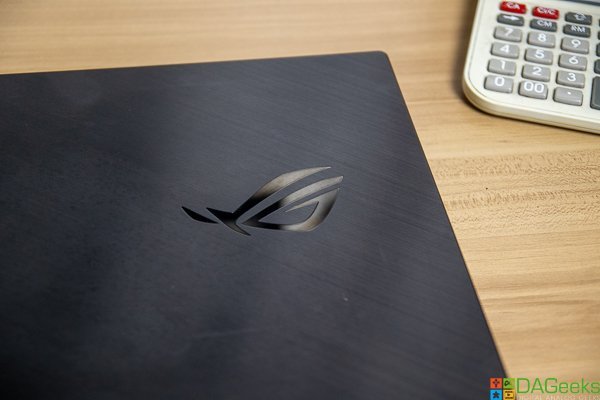 What’s in the box?

The ROG Zephyrus S15 gives you an S2S experience, a store to streaming setup all in one. It comes bundled with a ROG Gladius II Impact mouse, ROG GC21 webcam and a ROG Delta gaming headset. You can also bring your set up anywhere you go with the included ROG backpack. 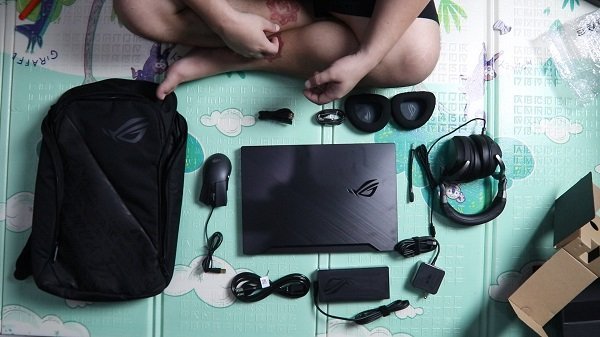 Nothing much changed from the design of the previous GX502 models. It still has the ROG DNA that suits both gamers and professionals alike. It blends really well in a professional environment and doesn’t look too gaudy with the aesthetics of the previous years. It’s under chassis is made from a die-cast magnesium-alloy giving it a sturdy core without compromising its weight. There’s also a honeycomb reinforcement under the palm rest making it as light as possible without being too flimsy. The overall interior has soft-touch paint that repels fingerprints and is very comfortable for long periods of time. The lid still has the iconic diagonal cut design of the Zephyrus line with a backlit ROG logo. On the back, you’ll notice V-cuts near the exhaust which helps with its airflow and looks. 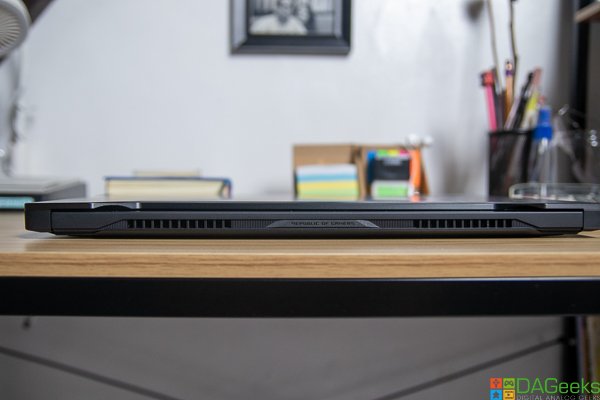 The ports are kind of awkwardly placed, in my opinion. On the left side, you have your power port, Gigabit Ethernet port, a full-sized HDMI, only 1 USB Type-A and separate 3.5mm ports for a headphone and a microphone. 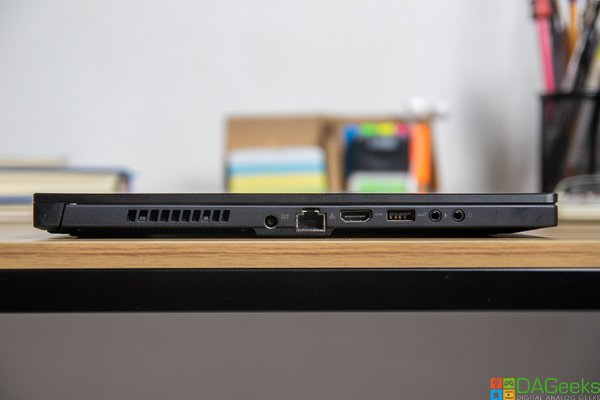 On the right-hand side, you get 2 USB Type-A ports and a USB Type-C capable of Power Delivery 3.0 and Thunderbolt 3. You can see why I said the ports are awkwardly placed, especially if you’re in a tight space and you have your mouse wired on the left-hand side, and you have all sorts of accessories connected to the right-hand side of the laptop. It can impede your mouse movement, especially considering that you have a webcam and a headset that comes with it, you’ll definitely populate the ports on the right. 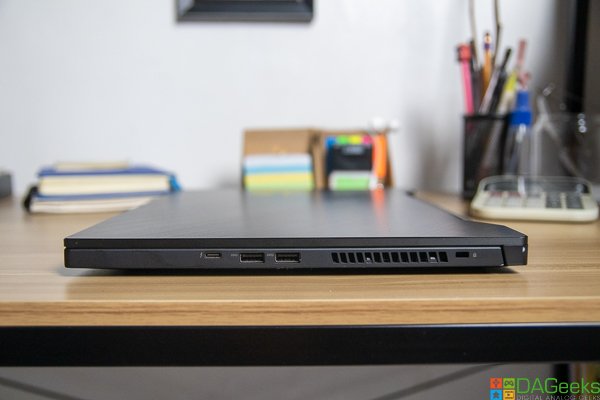 Opening it up, you have a well-spaced keyboard because it doesn’t have a Numpad, as all laptops of this size should be. It also has dedicated hotkeys at your disposal and the keyboard features per-key customization, so you can have it light up the way you want it with precision. The mousepad is a delight to use, my fingers glide easily and the palm rests are fingerprint-proof and feels very good to rest your palms on. 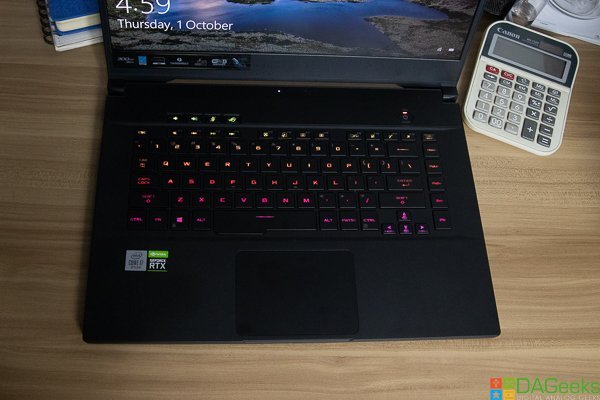 We have a review of the previous generation Zephyrus S and one of the upgrades of this model is its faster panel that boasts a generous refresh rate of 300 Hz. It’s also Pantone-validated, which gives content creators and multimedia professionals very accurate colors and 100% sRGB color space. The 15.6-inch panel also has very slim bezels, giving gamers maximum immersion. Given that there’s only a handful of FPS games where you can achieve 300 FPS, but this machine needs to have the best of the best when it comes to its components. 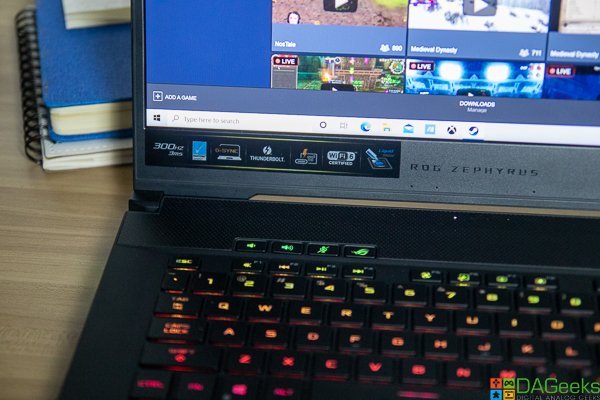 Do take note that the Pantone validation requires the ROG GameVisual software. Uninstalling the software will remove the calibration and reinstalling it re-establishes the color profile. ROG GameVisual gives you 8 presets and custom modes for different usage scenarios.

Powering the top-of-the-line Zephyrus S15 is the latest 10th Gen Intel i7-10875H paired with a GeForce RTX 2080 SUPER Max-Q. New to this generation is it now comes with a liquid metal thermal compound out of the box. It still has the signature AAS, where the chassis gets raised when you open the lid, creating a vent for improved airflow. In my time with the Zephyrus S15, I found that the liquid metal compound didn’t reduce the maximum temperatures of the system, instead, it gave the system a bit more of a breathing room before getting to the maximum temperatures. Do take note that there are still hotspots around the keyboard. 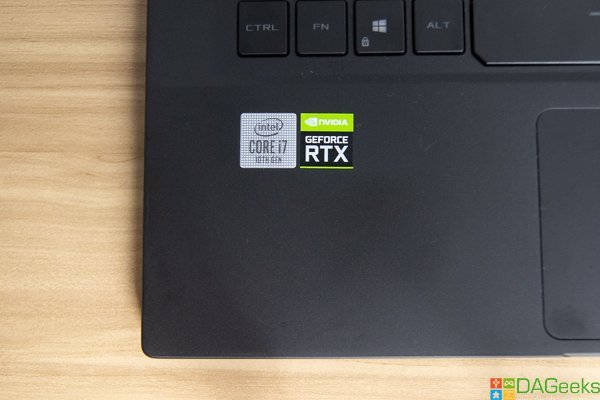 This thing is a beast, I’ll give you that. It has all the bells and whistles of a flagship gaming laptop. But it’s important to have in mind that this is not a desktop replacement and the compact space is something you need to consider if you plan on pushing this machine to its limits. That said, e-sports titles have no qualms running in 150+ FPS on this machine. CS:GO goes up to 300FPS easily, taking advantage of the 300Hz panel in the Zephyrus S. AAA games run smoothly and almost never drops to 60FPS, just make sure that you’re in a well-ventilated area as the 2080 SUPER easily achieves its maximum temperature with everything in the graphics options turned to max. 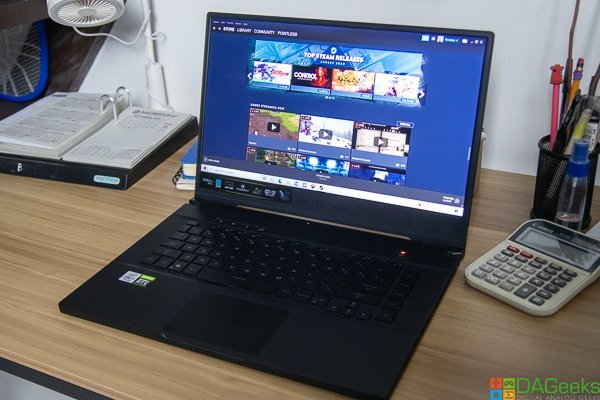 You can check our benchmarks of the Zephyrus S15 in the gallery below. 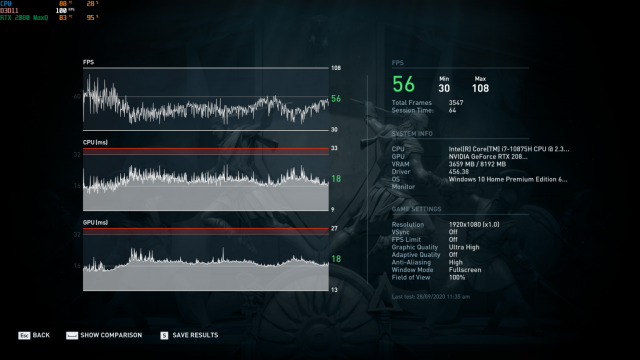 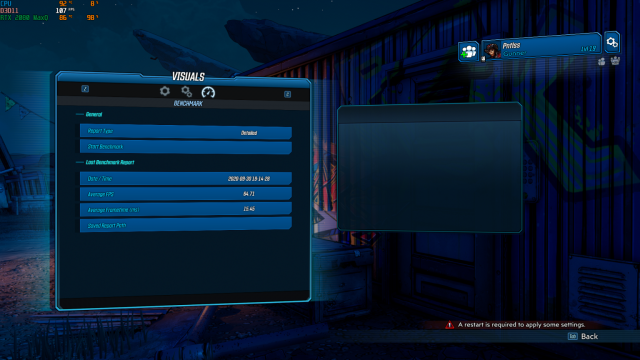 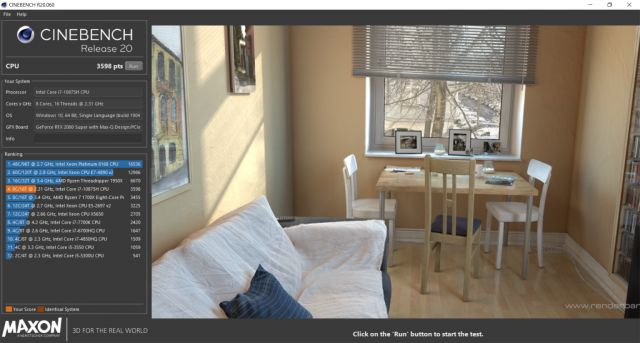 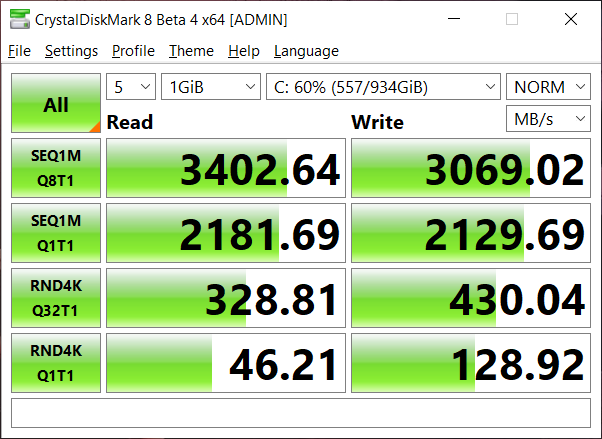 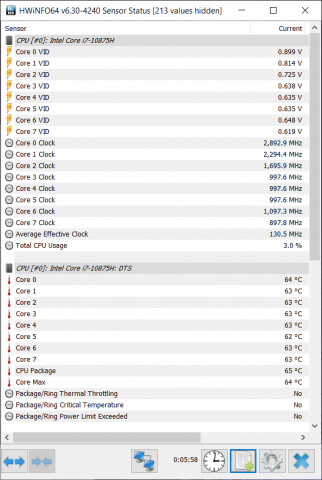 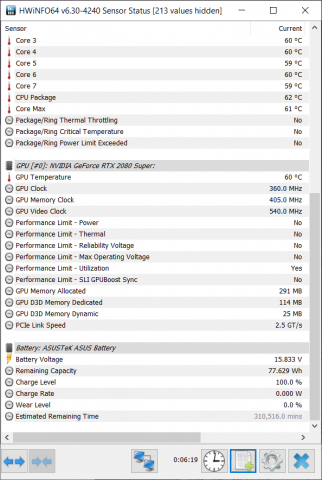 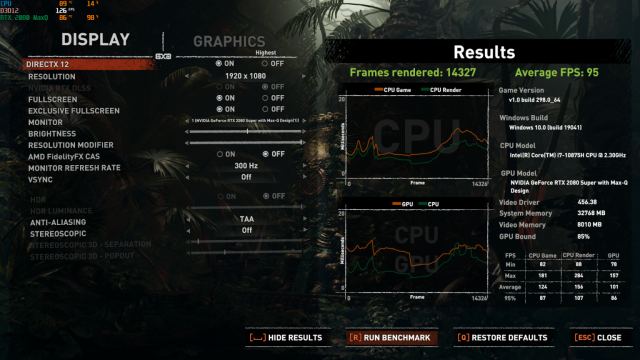 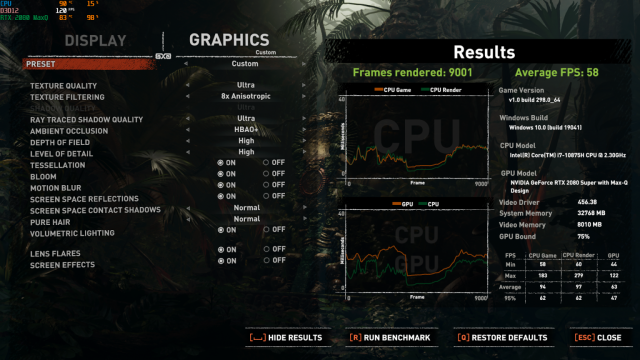 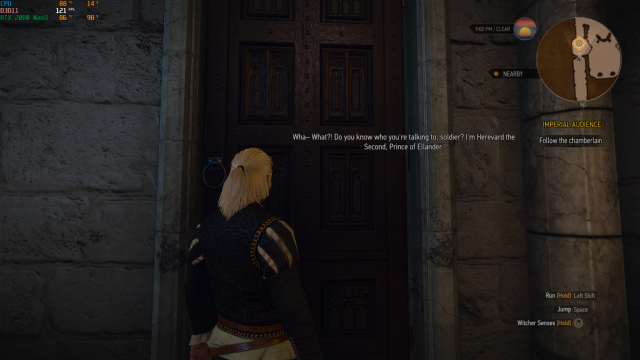 As of this writing, this is one of the crème de la crème of the gaming laptop scene. If you have no restrictions on your budget and want to go from the store to streaming in less than a day, the ROG Zephyrus S15 might be for you. Out of the box, it comes with a gaming headset, web camera, and a gaming mouse so you can have it all set up when you get settled. Performance-wise, there’s nothing that the S15 can’t run. It’s got good thermals thanks to its Active Aerodynamic System and liquid thermal compound and the battery is not an issue with its 76Wh li-ion juice. They also got quieter versus the previous versions of the Zephyrus S where the fans can get really loud. You can also take it anywhere without breaking your back and comes with a backpack out of the box. The one thing that I hope ASUS would improve on would be the port placements. But with its very slim chassis, I can’t complain and might just get a wireless mouse for that matter.