During the unboxing, we’ve had the opportunity to play with the game and here’s our review of it.

StoryLine Fairy Tales in a nutshell is basically a cleaner and more PG rated version of Cards Against Humanity. If the title isn’t already a giveaway, the game’s premise is basically focused on drum rolls story telling.

The game has X amount of categories which are namely: character, place, feature, object and action . Each participant would have one of each category as their starting hand. To play in the current round, the story tellers will need to have to take the top card of the revealed category and then would have to decide if they would submit either what they have in their hand or the picked card. The rounds “narrator” would then have to shuffle the submitted cards and choose from the lot. The player whose card was picked is the winner and will be able to get a medal from the shuffled medal pile face down.

Game ends when the story ends and whoever has the highest amount of points at the end of the game wins.

Players who are familiar with the game mechanics of CAH will have no problem in playing StoryLine Fairy Tales. The game is just a readjusted version of the famous NSFW card game with an inclusion of a medal/point system and it’s story telling theme.

The game is fast and easy to play. If you’re looking for a board-card game that you can introduce your non-gaming friends to this would be a good contender. Depending on the people you play with, StoryLine Fairy Tales can be an actually good story telling game, or a comedic story telling session with drunk friends (literally or figuratively). 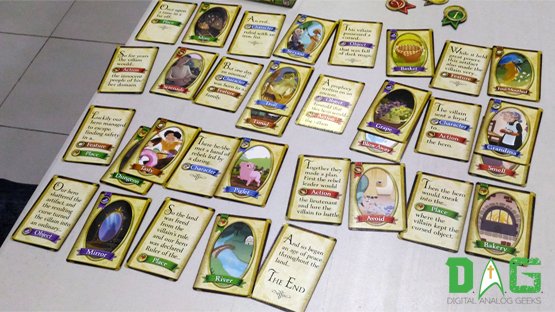 StoryLine Fairy Tales suceeds in being a lightweight, easy-to-bring game for those impromptu game nights or hang outs. And it’s a must buy for those looking to expand their game library of games that can be easily enjoyed by the family and friends. 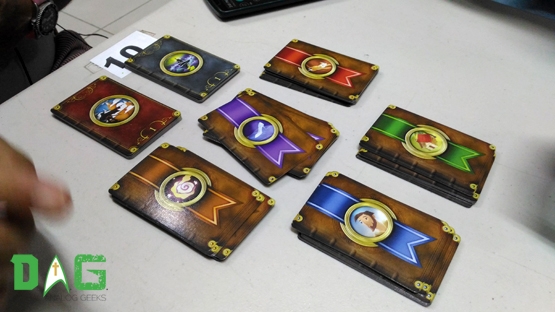 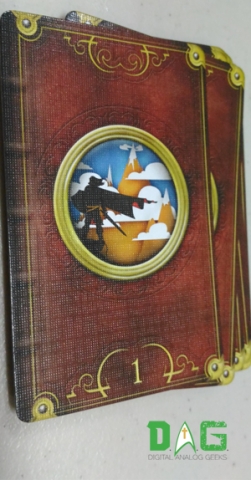 We’d like to thank Neutral Grounds Philippines for allowing us to unbox and play the game for this review.