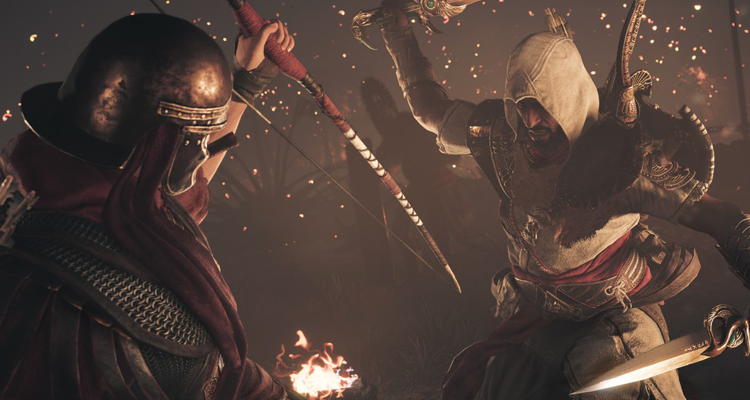 Ubisoft announced The Hidden Ones, the first downloadable content for Asssassin’s Creed: Origins will be launched this coming January 23, 2018. The announcement comes with more post-launch content, including season pass and add-on content available to all players.

The Hidden Ones is a story-driven expansion builds upon the growth of The Brotherhood, which takes players four years after the vents of the Origins as they clash the occupying Roman force in a new region of the world, the Sinai. The expansion also increases the level cap to 45, allowing players to continue to upgrade and customize their character. The DLC  will also have access to four (4) new legendary weapons, a new outfit, two new mounts, and multiple new weapons as well as two new levels for crafted gear. The price of the DLC is set to €9.99 or at least around 700 PHP.

time pressure or gameplay constraints, where storyline and quests are not active and the world of Ancient Egypt evolves into a combat-free living museum.

Discovery Tour will be available as a free update for all Assassin’s Creed Origins owners and will be available for purchase separately for €19.99 or at least around 1,400 PHP  on Uplay and Steam for Windows PC on February 20, 2018.

Origins’ second DLC, is titled, The Curse of the Pharoahs, the new expansion offers a new storyline to delve into as they travel to Thebes to investigate an ancient curse that is plaguing the region. The Curse of the Pharaohs focuses on Egyptian mythology, pitting players against famous pharaohs and Egyptian beasts as they investigate the cause of the curse that has brought the dead pharaohs back to life. This new piece of content will increase the level cap to 55 and give players access to new outfits and gear, including rare and legendary weapons, all themed around classic Egyptian mythology. The Curse of the Pharaohs DLC will be available for season pass owners or can be purchased separately for €19.99 or at least around 1,400 PHP on March 6, 2018.

The season pass is included in the Assassin’s Creed Origins Gold Edition and, in addition to the two DLC, includes the Horus Pack and Roman Centurion Pack with their own set of weapons, mounts and outfits, a legendary weapon and 500 Helix credits. The season pass is also available for purchase separately for €39.99 or around 2,800 PHP.