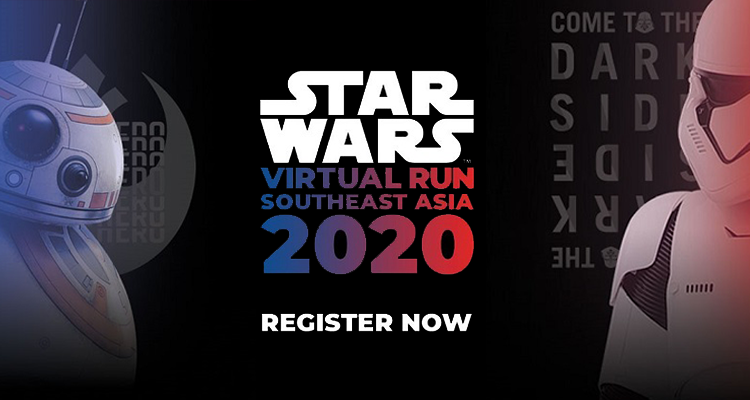 May the 4th has been moved to a later day!

The upcoming Star Wars Virtual Run this May 4th has been moved to a later date of June 15.

People who registered for the upcoming Virtual Run can now clock in their times to a later date of June 15 – September 29. A few months after the original set date of May 4 or globally known as Star Wars Day.

Here’s an advisory that was announced by the organizers.

All participants who have registered for the Star Wars Virtual Run 2020 will be notified via their email address used during registration, and slots will remain valid during the rescheduled dates. Details on the shift in dates can also be found on the Star Wars Virtual Run website and MOVE by LIV3LY app newsfeed. Individuals who have an queries can reach out to the organisers via email, at [email protected].

Of course, the reason behind this move is clearly because of the current COVID-19 situation. So there’s a possibility that further changes will be implemented most especially with our current situation.

And for those, (who like me) have not yet registered can still catch up since you can still register for either the 5.4 or the 40.0 km runs on the respective periods.