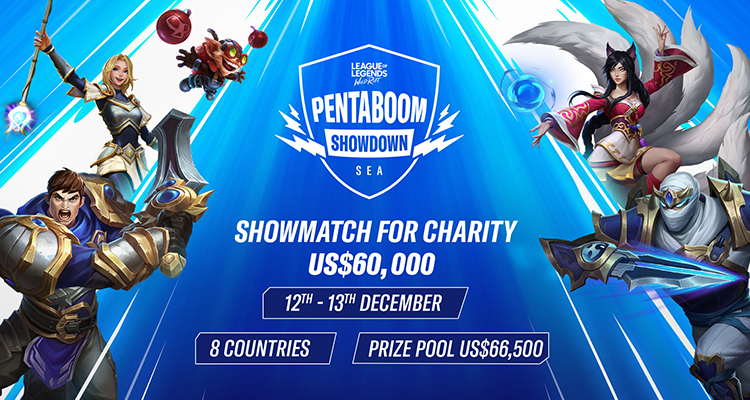 The event will have eight teams composed of five celebrities and influencers from Cambodia, Indonesia, Malaysia, Myanmar, Singapore, Thailand, Vietnam, and of course, the Philippines. The event is held with the official event organizer IO Esports. Said influencers will also have their winnings share with their respective charities.

It’s been a long time coming, but we couldn’t be more thrilled to celebrate that League of Legends: Wild Rift is now open for our players in Southeast Asia. With this charity showmatch, we want to end 2020 on a high note by giving back, and engaging our players with a fun and entertaining show featuring some of their favourite personalities across the region.

The Wild Rift Southeast Asia Pentaboom Showdown will be broadcast live in Bahasa Indonesia, Bahasa Malaysia, Burmese, English, Khmer, Tagalog, Thai, and Vietnamese on Facebook, YouTube, and Twitch, and will feature prominent personalities which are namely:

For full details, you can head to the official site here.