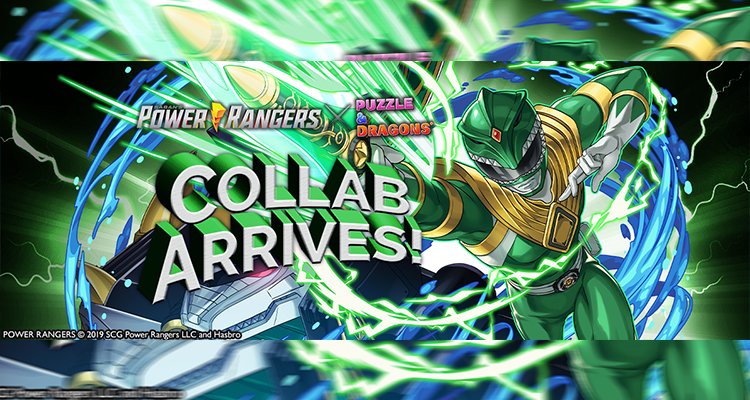 GungHo Online Entertainment with Hasbro has announced that free-to-play mobile game, Puzzles & Dragons will be collaborating with Power Rangers where characters from the show can be found in the game up until November 10.

NA players can pull 10 Magic Stone! Power Rangers Egg Machine using in-game currency to get rare characters such as Mighty Morphin Red Ranger, Ninjor, or Zeo Megazord. You can also take on brand new 3-player multiplayer dungeons. Players will also get a Power Rangers Memorial Egg Machine in the mailbox just by logging in during the collaboration.

Players can also take on Power Rangers Special Dungeon during the collaboration period and clearing the dungeon will earn  another Power Rangers Memorial Egg Machine. You can even pull Power Ranger villains Rita Repulsa and Goldar during the period.

You can download the game here in the App Store, Google Play, and Amazon Appstore.