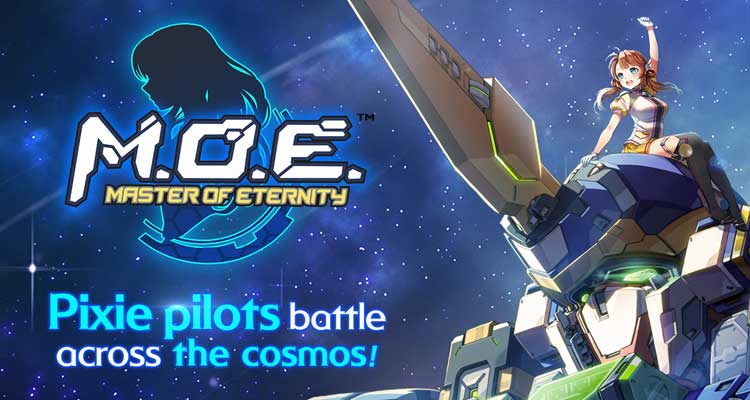 Master of Eternity explores a vast universe plagued by a galactic war fought between bands of eccentric Pixies, commanding unique and powerful mechas to engage rivals, foes and even friends. The game’s features include:

For more info, you can check out the official M.O.E. Facebook page.