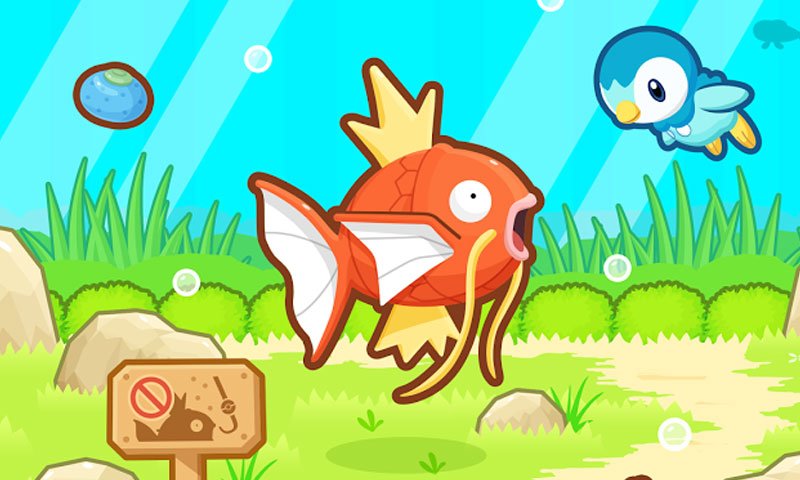 The next mobile game to come from the Pokemon Company, Magikarp Jump, is a free to play grinder game themed to one of the franchise’s most popular/weakest pokemon, Magikarp. The goal of the game is very simple, train your Magikarp to have the highest JP(Jump Power) it can get, and then challenge the leagues’ very own Magikarps to jumping contests to see who is the more powerful jumper. 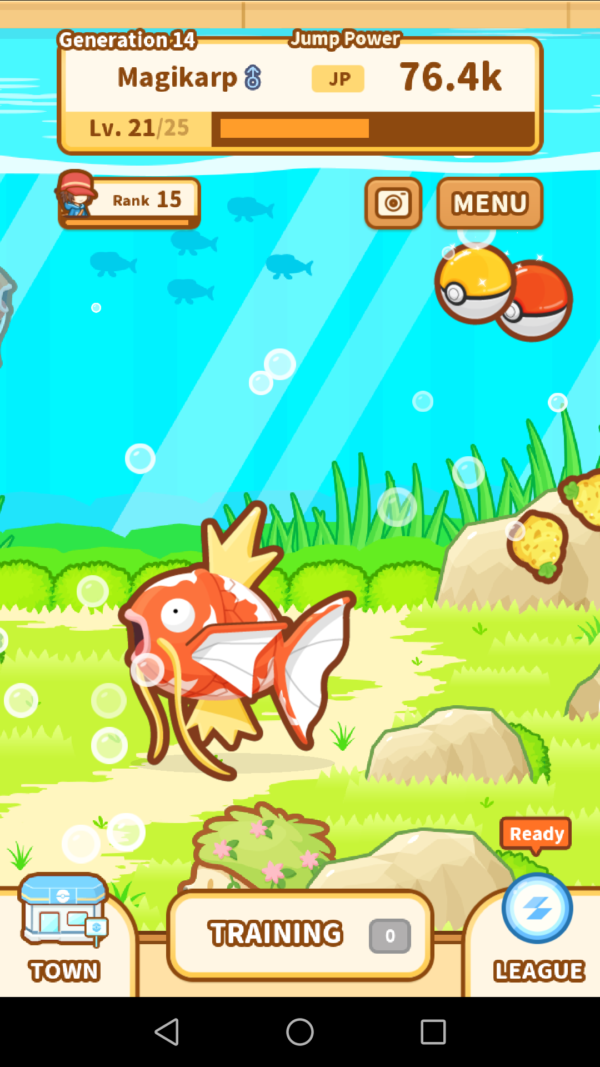 Gameplay is very simple, your Magikarp starts in a pond where you can find berries randomly spawning. you feed these to your Magikarp as one of the ways to raise it. The other is training which is also random in the sense you don’t know which training will happen. There will come a point where your Magikarp will reach its max potential, in which the game transfers you right away to the league so that you may challenge them.

If you win then you may continue and challenge the other contestants, until you beat the league’s champion, at which point your Magikarp is retired, same thing happens when you lose at max level. After retiring, the game lets you choose some old rods at the pond so that you may catch yourself a new Magikarp, some may be a regular Magikarp, it could also be a calico, or even a shiny gold one. After catching your Magikarp, then you just do everything all over again. 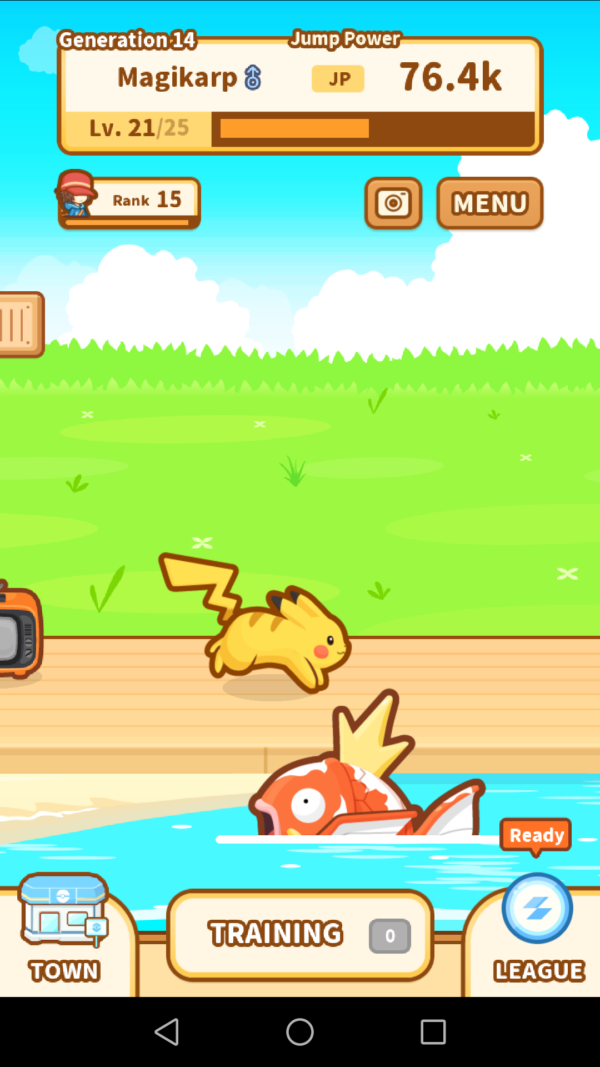 There are other things in this game that can happen which are called events. These events can happen during feeding, after training, or even after a battle. They offer a chance at getting more JP, gold, or even diamonds at the risk of retiring your Magikarp early due to…. well death basically, yes death. So far in my experience of this game I have lost a few now, either due to a Pidgeotto, or a Voltorb I mistook for a pokeball.

And another one of the quirky features the game has is that your battle gets commentated just like in real life “sports” or any kind of competitive games out there. 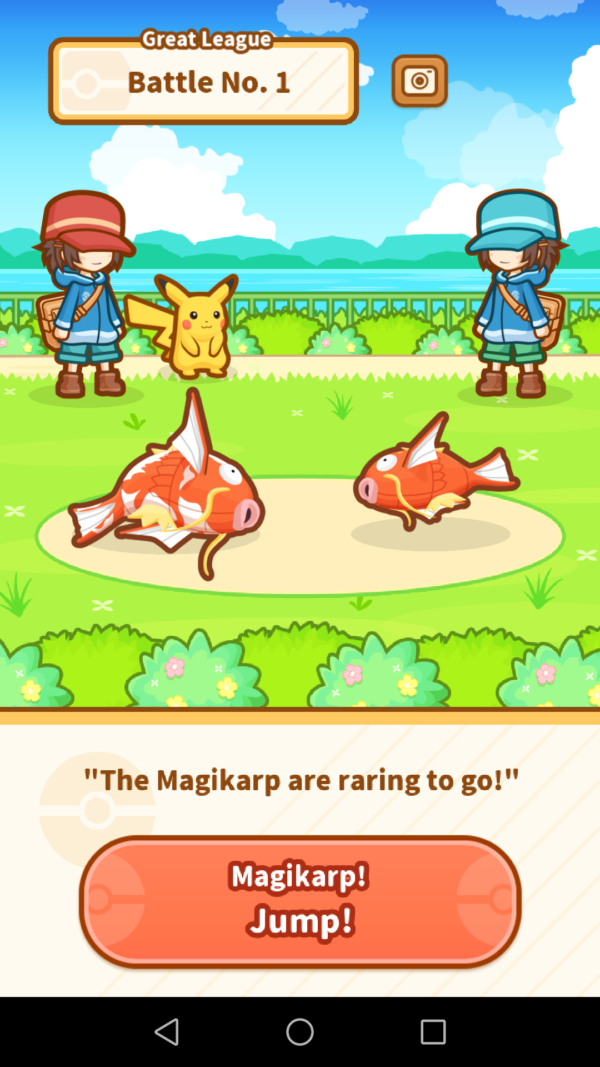 The game is a lot of fun, especially for those who would call themselves completionists. There are many things to collect, from badges to Magikarp patterns. The game does what it sets out to be, a grinder game and quite well. I think this game is worth getting/trying.

You can download the game for the google play platform here or for the iOS platforms here.