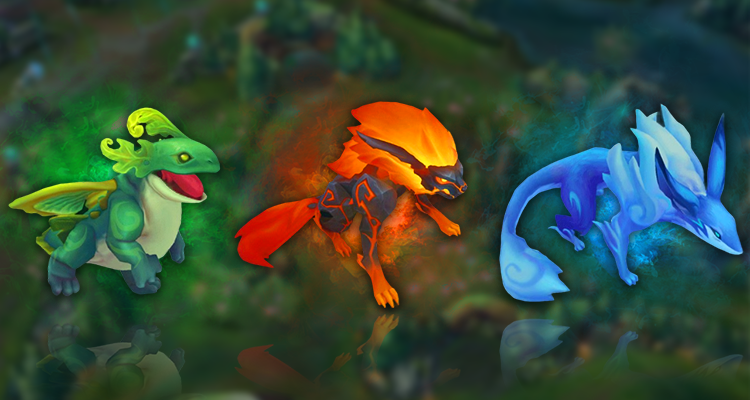 League of Legends is kicking off 2023 by changing things up! The introduction of the new item called Jungle Pets is accompanying the pre-season 2023. Bring in the new year with exciting new assets and awesome new pets. Why not go one step further? Get your hands on LoL Smurf Accounts at Chicks Gold; your adventures will be exquisite.

These pets are bringing significant changes, altering the role of the jungle. That is why we have compiled a guide to get our readers up to date with what’s happening in the League of Legends world.

This article will focus on the abilities of the pets, the roles they play, and all of the other aspects of them that you’ll need to know. As of now, there are three new pets to choose from; let’s check them out.

What are Pets in LoL?

These cute little additions to League of Legends aren’t simply for decoration; each has its own function and combat abilities and getting to know these new little guys will offer the player many advantages.

Here we will display what exactly you can expect from the LoL pets:

In battle, you can also rely on your pet to attack your enemies. Pets can perform one attack per second, dealing 20 damage – +4% bonus HP, +10% AD. Additionally, your pet can heal you in battle, providing roughly a 70% increase in their standing health.

If you take on a jungle camp from a distance, your pet will move toward the camp, dealing the damage mentioned above. Finally, the pets will provide their handler with mana regeneration. This will be equal to [(8* percent missing mana) * (level/1.3) *0.1].

In layman’s terms, these new additions are valuable to a player’s cause. They add a layer of ease when clearing camps, providing you with health when needed. Enhancing your clear speed is also a benefit of these critters, especially when considering the health buffs provided in jungle camps.

Similarly to Pokémon, Pets in LoL have their own evolution process. You must care for them to enhance their abilities and evolve them.

To actually “evolve” your pets, you will need to feed them treats; luckily, LoL provided many ways to get some of them. We have listed some below:

Defeating a large monster or champion provides your Jungle Pet with one treat. There is also the fact that the pets will store one bonus treat every minute until their final form is reached. Once their ultimate form has been accomplished, they will store one treat every 90 seconds. Additionally, when taking down a large monster, should a bonus treat be available, two treats and 50 bonus gold will be gifted to the owner.

Now, with that in mind, let us explore the various stages of evolution in more depth.

At this stage, players deal 900 true damage through smite against monsters. Smite also becomes usable on enemy champions, dealing roughly 80-160 true damage. This also reduces enemy movement speed by 20%, and the effectiveness is based on leveling. The jungle item stays in the player’s inventory, with Smite evolving continually, and pets receive visual upgrades.

Smite now allows players to deal 1200 true damage, and they also can deal 50% of the Smote damage as AoE. The AoE applies to small monsters within the camp. Additionally, depending on the pet selected, you will be empowered.

This information brings to light just how important evolving the LoL Jungle Pets is. As evolution provides quite the upgrade, gaining a lead is essential. Doing so will excel your progress toward evolution, allowing you to succeed.

What type of Pets are there in LoL?

Now that we have covered the evolutionary stages, let’s look at which pets you can acquire and a little about what they can do.

First on our list is the Mosstomper. This pet allows its handler to gain between 75 and 330 shields once a jungle monster is slain or has been out of combat for 10 seconds. The shield remains with the player indefinitely, and they will also gain 20% tenacity and resistance from all slow forms as long as the shield is in use.

Players will additionally gain a 30% damage reduction against monsters. This will be in effect when wishing 1300 unit distance of at least two allies. This pet is ideal if you’re interested in the front line or ranking.

Second, on our list, we have Scorchclaw that gains Ember stacks at a rate of 3 per half a second. 100 once a monster is slain. When the Scorchclaw reaches 100 stacks, its next attack will deal burn damage, additionally slowing the enemy and any other within a radius of 250. This slow rate will be 30%.

Similarly to the first pet on our list, the Scorchclaw is valuable for Junglers who are willing to be their team’s damage dealer.

Last but not least on our list of the new League of Legends Jungle pets is the Gustwalker. This pet provides a 45% movement speed increase when inside a bush. This depleted 2 seconds after the player has fled the bush. Also, when killing a large monster, a player can gain 60% movement speed.

The previous pets possess the valuable asset of being a damage dealer, and the Gustwalker is no different.

Get out there and fetch yourself a LoL Jungle Pet!

This concludes our guide to the introduction of League of Legends Jungle Pets; we hope you found the read informative. Finally, we wish all our readers a phenomenal start to 2023, and may your gaming endeavors be victorious! Check back with us for even more epic gaming news in the coming weeks.