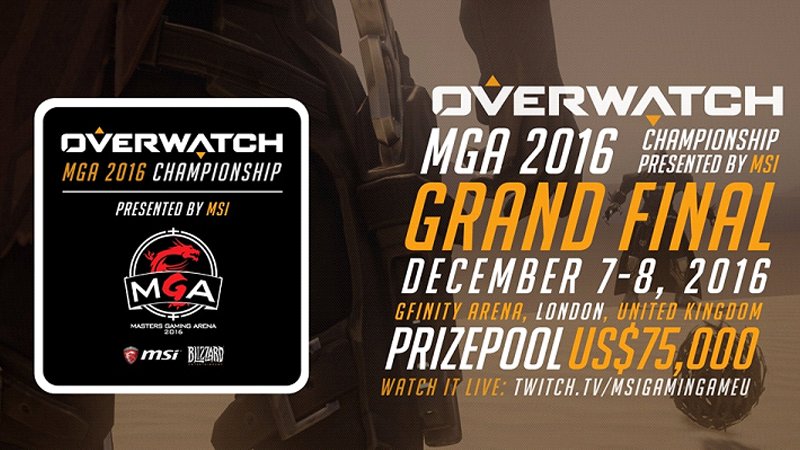 Grand Finals for the Overwatch MGA 2016 Happening Next Week

To those who are keeping tabs on the Overwatch competitive scene may want to keep your eyes on the upcoming MSI Masters Gaming Arena happening next week.

Set for the 7th of December to December 8 at the GFinity Arena at London, United Kingdom. The finals will be participated by four teams which are namely:

You can watch the tournament on this Twitch channel.