Bring your MSW A-Game with the Tournament of Bast

Philippine Marvel Super War fans/players can get a chance to take home the lion’s share of the ₱150,000 prize pool as the Tournament of Bast jumps into the Philippines starting today.

The Tournament of Bast will have four qualifier tournaments stretched within the months of July and August where players will be able to compete and get a chance to take home a portion of the ₱15,000 weekly qualifier prize pool. The tournament’s finals on the other hand will have the top eight teams compete for the ₱150,000 prize pool. 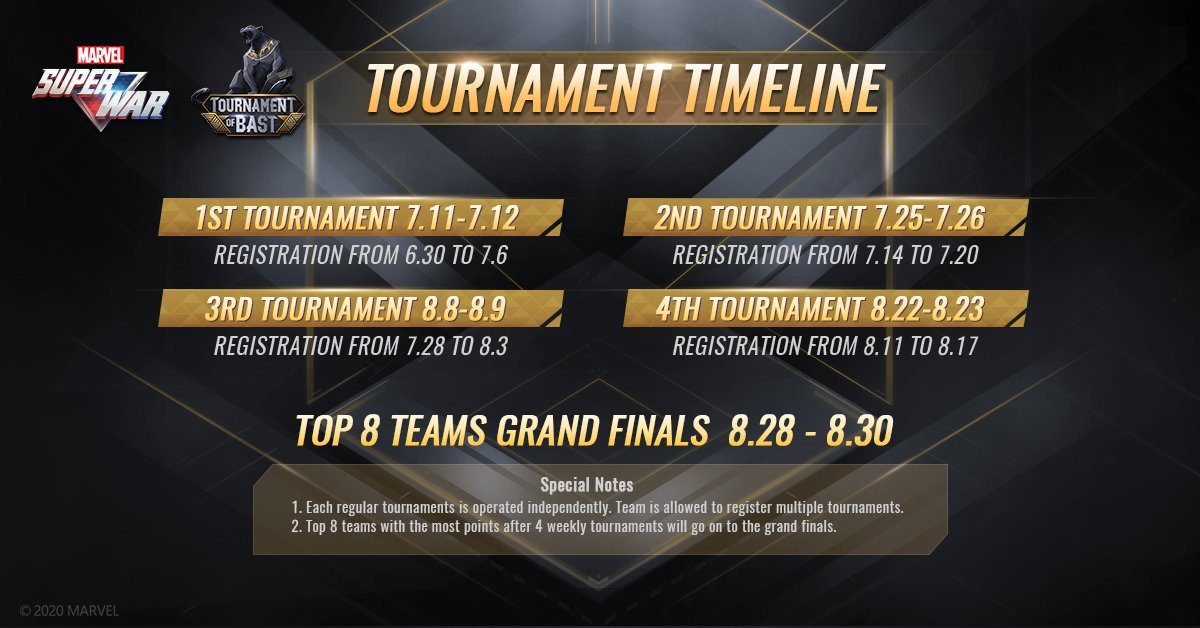 The top 8 will be taken from the 8 that had the highest points gathered at the end of the qualifier period. Points are awarded to the top 16 of each qualifier.

Only 32 slots are provided for each round so it’s a first-come-first-served registration.

To register you can head here.