Fairy Tail is back again in the world of Brave Frontier which started last November 1 and will be there till around November 28.

This year’s collaboration will have the ff. units: 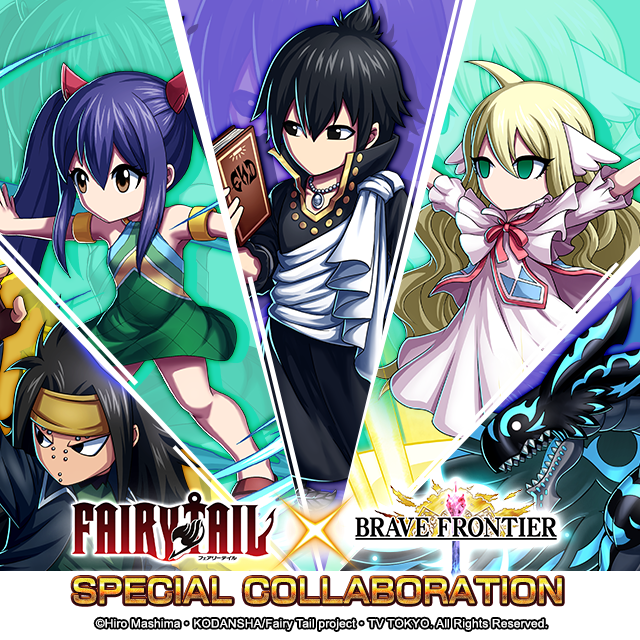 Collaboration quests are also out too:

The wizards of the Fairy Tail guild have arrived in Grand Gaia once more. This time, Natsu, Lucy, Gray, and Erza are joined with Gajeel, Wendy and Mavis. Mistaking the Summoner for an enemy from an unknown land, Gajeel and Wendy quickly launched an attack! Will they be able to clear up the misunderstanding?

The Summoner was sent to investigate a strange anomaly right after Noel’s sensors went off. A figure with unspeakable amounts of dark magic energy has appeared from within the Vortex. Zeref, considered the most evil mage in the entirety of the Magic World, has emerged. Is he a friend or a foe?

The great black dragon, Acnologia, was seen coming out from the Vortex, causing death and destruction in its wake. The Summoner was attacked immediately as soon as they were spotted by the Acnologia. Can the Summoner defeat this dragon of destruction before any more damage is done?