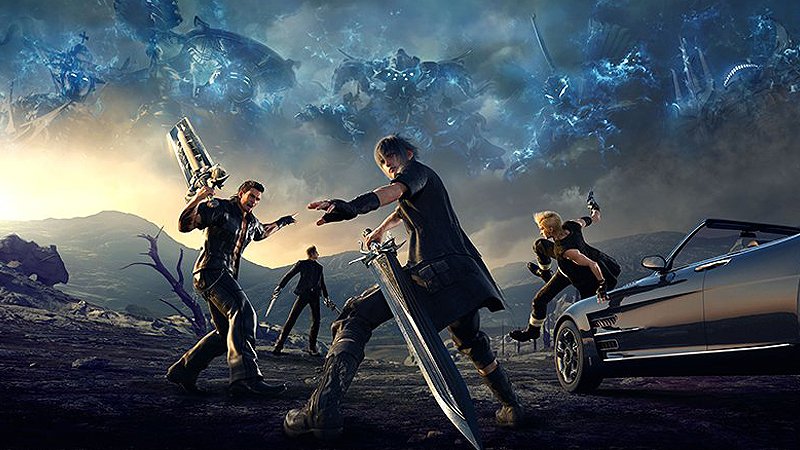 At this years Electronic Sports & Gaming Summit we got to try out some new game coming out soon at the Playstation booth. One of them being Final Fantasy XV or FFXV as I will be referring to it.

When I first got my hands on the game, the previous player had left it in the middle of the desert fighting a rhino like monster. Here I got to try out the new battle system that Square Enix has implemented in this latest installment. Its an action style fighting where as Noctis you have access to 3 different weapons, or at least at the part I played, all with their own specialty, you get a spear for some much needed range, a short sword for the fast combos, and something that look like a great sword for the much needed power hitter.

The combat works much like in Kingdom Hearts where you only control the main character and leave the AI to use the others. It is purely an action RPG, as they have taken out the turn-based or at the least timer before you can take your next move. I didn’t find the controls that hard to figure out, and the graphics are amazing especially with the open world they made. Though I am a bit saddened that the Rent-a-Bird feature wasn’t available at the time. In the game I could see myself spending hours upon hours just exploring the wide expanse of the beautiful looking world they have created, and is actually already on my list as I have pre-ordered this even before trying it out.