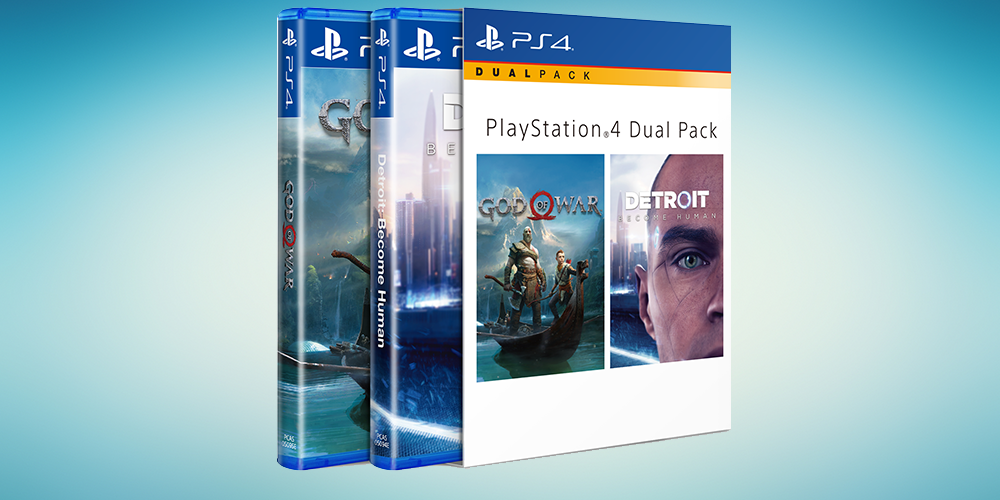 Sony Interactive Entertainment Hong Kong ltd. Singapore Branch has announced that they have released a dual pack for Detroit: Become Human and God of War locally since last January 17.

About God of War:

From Santa Monica Studio and creative director Cory Barlog comes a new beginning for one of gaming’s most recognizable icons. Living as a man outside the shadow of the gods, Kratos must adapt to unfamiliar lands, unexpected threats, and a second chance at being a father. Together with his son Atreus, the pair will venture into the brutal Norse wilds and fight to fulfill a deeply personal quest.

Detroit: Become Human is the latest title developed by Quantic Dream that expands on the studio’s legacy of gripping, narrative driven experiences (Fahrenheit/Heavy Rain/ BEYOND: Two Souls). Discover what it really means to be human in a powerful, emotional journey made of choice and consequences.

Set in Detroit City during the year 2038, the city has been revitalized by the invention and introduction of Androids into everyday life. But when Androids start behaving as if they are alive, events begin to spin out of control. Step into the roles of the story’s pivotal three playable characters, each with unique perspectives as they face their new way of life.

In this ambitiously bending and thrilling narrative, every choice and action will not only determine the character’s fate, but that of the entire city and possibly beyond.