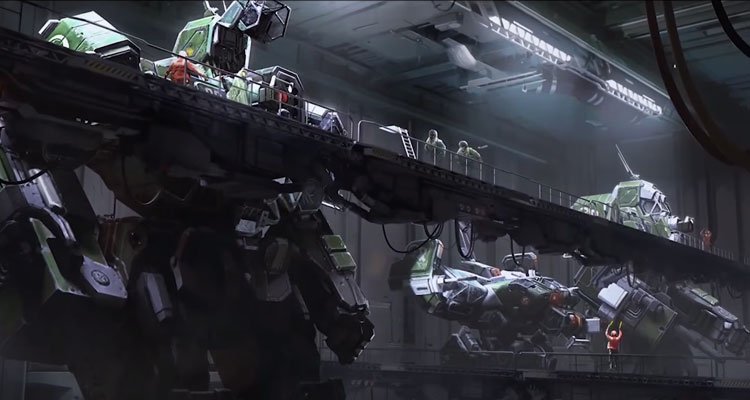 It is the 31st Century, mankind has spread across the stars. But despite the benefits of technology and new horizons, mankind has changed little. War continues, waged with towering mechanical machines called Battlemechs. It is into this life that BattleTech thrusts the player into, a universe of interstellar feudalism and conflict.

A longtime fan of the universe of BattleTech, I was a Kickstarter supporter of the project (although not at the Alpha/Beta-tester tier). My exposure to the setting was primarily through the “Shooter” type Mechwarrior game franchise, which placed you in the cockpit of a Battlemech. I also enjoyed the more tactical/strategic-style MechCommander series, which was a Real Time Tactical game.

BattleTech originated as a tabletop strategy/tactical game, however, and it was this form of the game that the 2018 PC game by Harebrained Schemes (HBS) aspired to create. Taking the role of a mercenary leader, the player is given the opportunity to take command of up to a lance (4 units) of Battlemechs. The game utilizes a turn-based setup with a lot of emphasis on practical combat tactics (height, cover, positioning, etc.) which captures the spirit of BattleTech quite well, being a science-fiction war setting.

While the game itself has some bugs to clear out (some game breaking ones, especially since Haoson is currently unable to play the campaign properly), the basic combat system is sensible. It can feel sluggish at times with regards to the action camera/lock-ins, which prevent the player from issuing commands while a previous unit is traipsing around. But these inconveniences aside (w/c are addressed in the slated June/July patch), the game is very rewarding for those who take an analytical and studied approach to the field of 31st century war.

A large part of the game is done off the field of combat, in the form of matching the right MechWarriors to the right Battlemechs, each with their own idiosyncrasies in abilities and character (esp. in the campaign). The Mech Bay can easily consume hours of time as players design and customize their Battlemechs with the type of weapons and equipment loads that suits their style of command, and the paintjobs to suit their style and flair.

The campaign itself is composed of roughly a dozen or so missions (Priority Missions), which take you through the universe’s geopolitical struggles. While there is nothing groundbreaking in the plotline itself, it is a good introduction to the tone of BattleTech, and the characters and cutscenes are well made with an aesthetic unlike the typical CGI movies of other games, which appealed to me a lot.

The aesthetics of the game itself are competently done, although as a tactical/strategy game, visuals are admittedly somewhat secondary to the depth of the combat itself. This said, the visuals of the combat engine and even the non-combat aesthetics are pleasing enough and the music/SFX help a lot to build the atmosphere whether in the field or off it.

I also found myself pleasantly surprised by the PVP and AI Skirmish modes, which allow me to play with opponents across the globe. Given that this game is a rather niche market, being able to play with people internationally helps a lot to broaden the player base. The dynamics of PVP are completely different versus the AI skirmishes, which are again different from the contract/missions in the campaign. The variety is most welcome, as this extends the playability and replayability of the game by a great deal.

Overall, this is a game that I have enjoyed a lot and look forward to continuing to play. I’ve sunk a lot of playtime into it, enough that taking the time to write down a review for it feels like a bit of a loss – I could be punching more mechs! 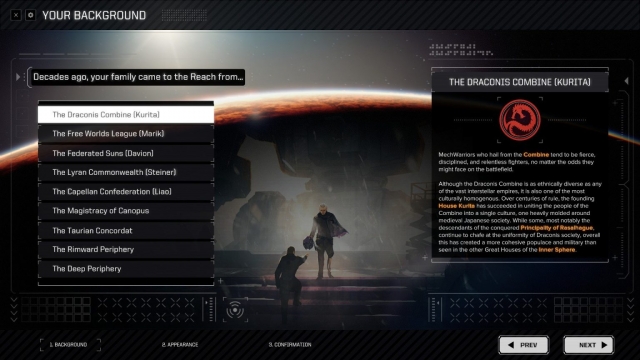 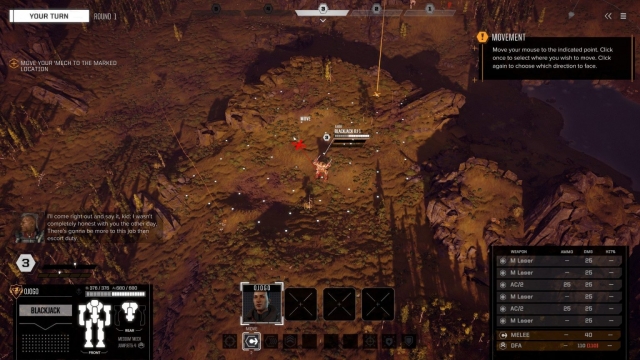 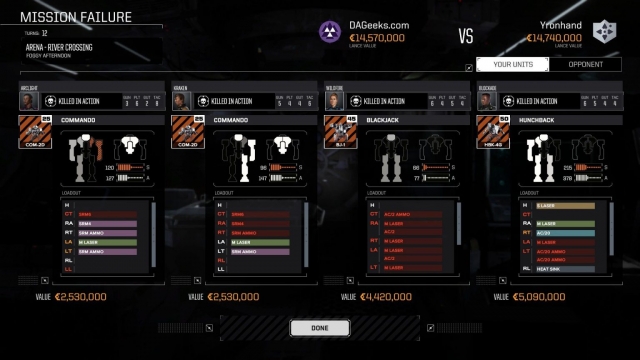