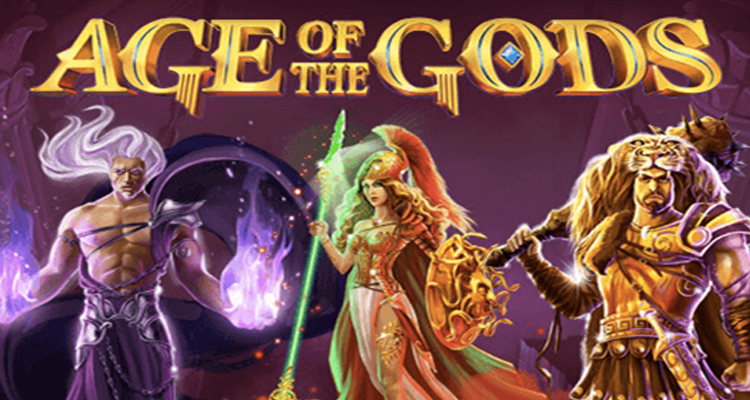 Age of the Gods: The Best Casino Game Series Around?

Even if you don’t play regularly at online casinos, you’re still probably aware that games have come a long way since the first internet casinos started operating in the late 90s. It’s just a consequence of tech advancement that games get bigger, bolder and brighter. In fact, the differences are as stark as those between an Atari 2600 game and something you would find on a PS4 today.

Obviously, there isn’t a huge amount that one can change with the ‘classic’ casino games – roulette poker, blackjack etc. – but with online slots there is almost a blank canvas for games developers. There is an argument that the art has been perfected with the Age of the Gods series of casino games from Playtech.

Greek gods battle across the reels

If you aren’t aware of the series, you can check out some free play for Age of the Gods at Casino.com to see what the games are about. However, we can break down some of the main elements here. The original Age of the Gods slot, as with every other game in the series, is based on Greek mythology, with the first game featuring Zeus, Poseidon, Hercules, Athena, Aphrodite and Hades. The game is played as a 20-line video slot, with special bonus games featured around Zeus, Hercules, Poseidon and Athena.

Not long after the first AOTG slot hit casinos (2016), some of the main characters got their own signature casino game, including Prince of Olympus (Hercules), King of Olympus (Zeus), Goddess of Wisdom (Athena). Each game is based on elements of that god’s mythologic tales. For example, Prince of Olympus slot has cool bonus game where Hercules battles the Hydra (for cash, obviously).

The most important thing for casino players is that all the games are linked through a series of progressive jackpots, four of them in total: Power, Extra Power, Super Power and Ultimate Power. The jackpot game is awarded randomly at any time, guaranteeing one of the four prizes listed above. A progressive jackpot is one built over time by taking a small percentage of each player’s bets (approx. 1%), so it can grow to be worth a huge amount, potentially millions in the case of Ultimate Power.

Over the last two years, Playtech has started releasing even more games to the series. These include: Fate Sisters (based on the Fates), God of Storms (Poseidon), Ruler of the Sky (Pegasus), Medusa & Monsters, and Furious Four (the Titans). All of the games are linked to the progressive network and all follow the thematic arc of their source material. In Medusa & Monsters, for example, there is feature where the gorgon petrifies symbols on the reels for repeating wins. A roulette game was also added recently.

Clearly away from being casino titles, AOTG games will hold some interest for those of us who have a geeky interest in myth and legend. The graphics are outstanding, with a huge amount of care and detail put into bringing the gods and monsters to life. Indeed, there is clearly a lot of love put into creating this series.

AOTG has become Playtech’s flagship games series, even in the face of competition from its other main series featuring superheroes from DC Comics. The good news is that Playtech can keep creating new titles in the series, as there is such a rich source material to draw upon. While casino games, like everything else, are subjective, it is difficult to think of a better, more exciting series of games.