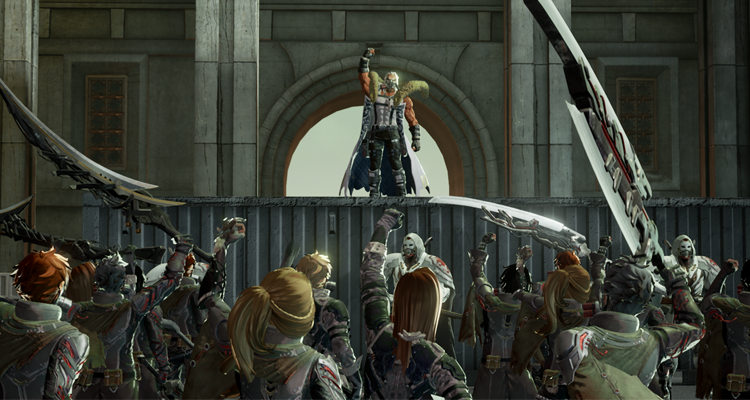 Players can build up affinity for NPCs within Home Base in Code Vein to be able to unlock more powerful items from them during your run, as announced by Bandai Namco Entertainment Asia.

According to Bandai, Home Base is not just home for players in Code Vein, but also would be home for various merchants and NPCs like the warrior Davis, or the trader Coco that can accompany players in their missions, or sell new items, or improve their equipment.

Code Vein is a third-person action RPG that finds players taking the role of a Revenant trying to live through the world after Operation Queenslayer. The mission, lead by Cerberus leader, Grigorio Silva fought against the Queen and her ranks of mindless Lost. After a bloody battle and the establishment of a provisional military government, players embark on a mission to uncover an exit out of this new demented reality.

The game is slated to be released on the Playstation 4, Xbox One, and Steam platforms.