ONE Esports has announced it’s first ever ONE Esports FIGHT! Tokyo Invitational 2022 event this coming November 19 – 20, 2020.

Omne by FWD Group is the presenting partner for this event.

The tournament will be held at the Red Bull Gaming Sphere Tokyo, Nakano, in Japan. You can also catch the live broadcast of the event in Japanese and English across ONE Esports’ digital channels and partner platforms. The tournament will feature the top 8 players from the online qualifiers as well as 7 invited esports personalities to compete for a total $20,000 prize pool.

The content will be available in Japanese and English and published on the ONE Esports website, oneesports.gg, and across its social media channels. Official co-streamers for the event will also host watch parties and provide on-the-spot commentary in English, Korean and Japanese to engage with the TEKKEN community. 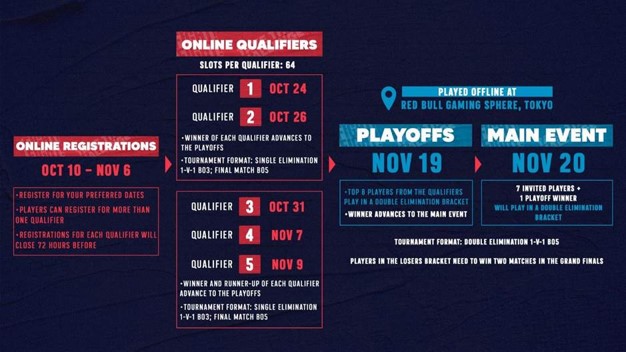 Playoffs on 19th November 2022 will feature top TEKKEN 7 players who have emerged victorious from the online qualifiers in a double elimination bracket. These top 8 players will battle for a spot in the main event on 20th November 2022, where the best player will get to play alongside 7 invited esports personalities in a double elimination bracket with a Best-of-5 format, meaning that players must win at least three games out of the maximum five games played.

All participating esports teams shall ensure that their athletes comply, for the whole duration of the ONE Esports FIGHT! Tokyo Invitational 2022, with the game rules set out here.